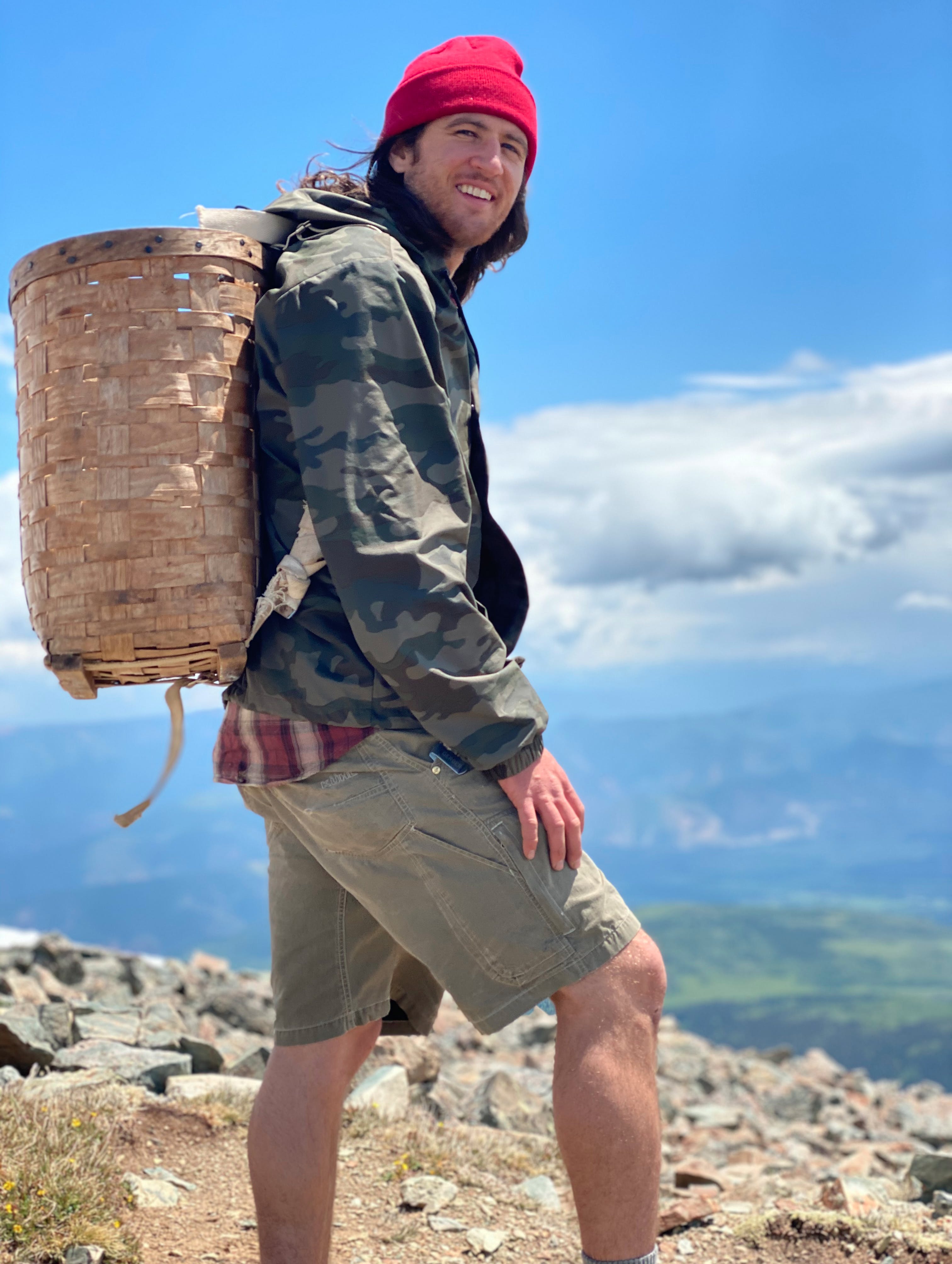 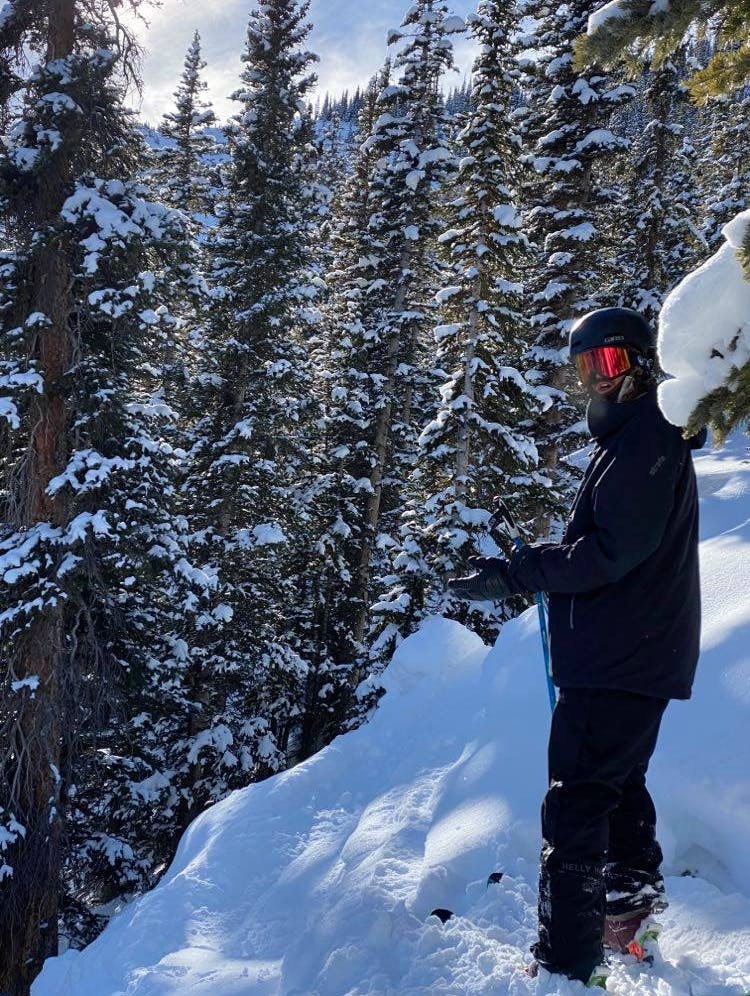 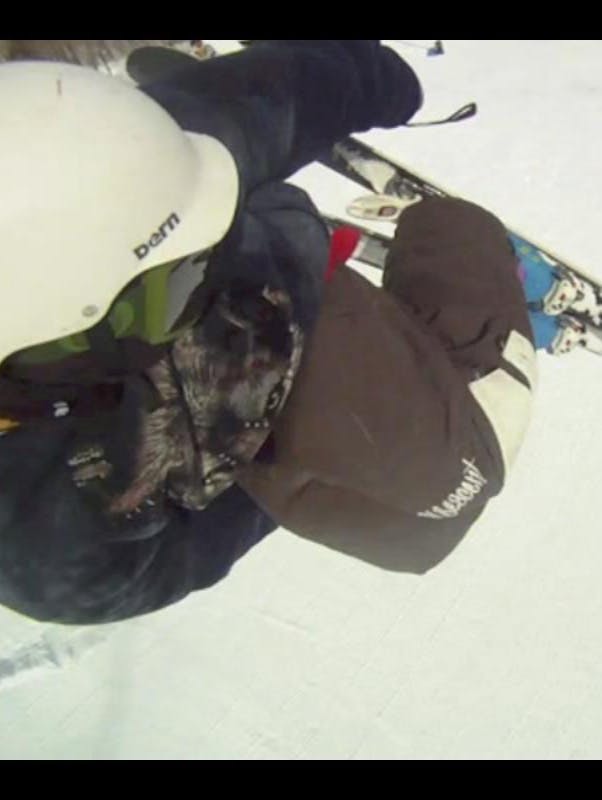 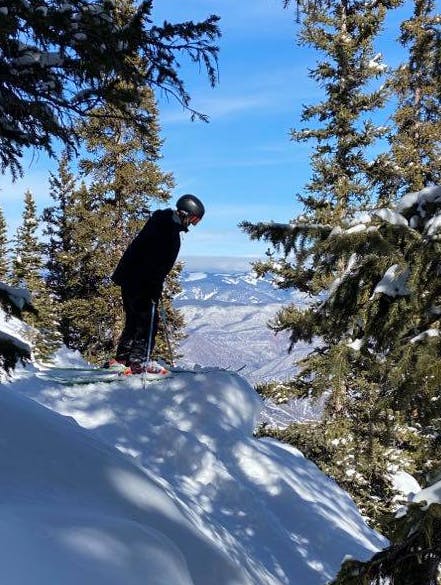 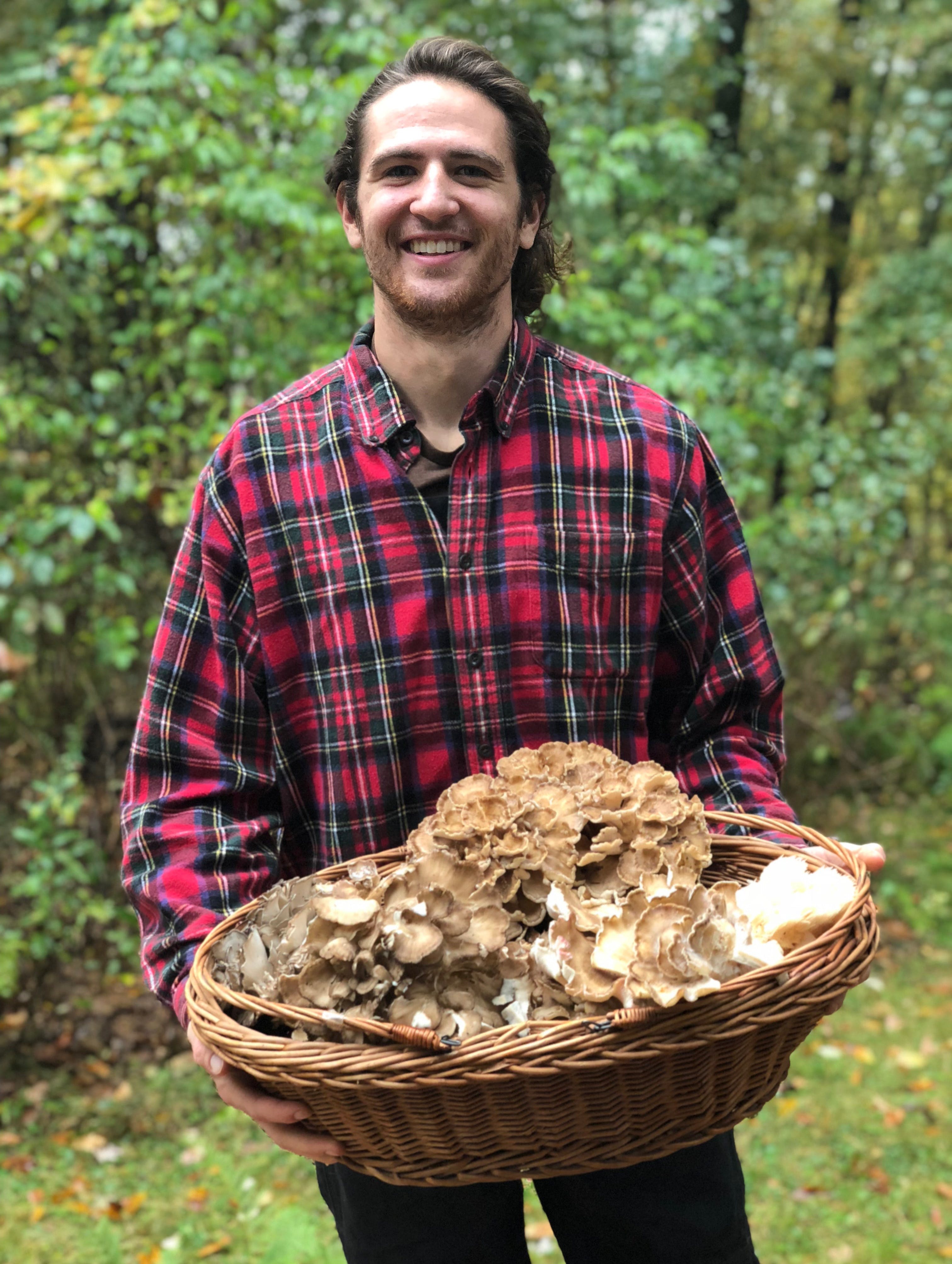 I've skied my whole life, starting in New Hampshire at age 3. As a teenager I started to compete in rail jams, slopestyle, and big air events and continued as a young adult. I attended Season 3 Salomon Jib Academy at Loon Mountain(2009), USASA Slopestyle, and Skiercross National competitions two years in a row representing Team NY (2011) and Team MA (2010). Nationals was the first time I had been able to ski in Colorado- I have returned several years later to Colorado, this time, I'm here as a coach.

It is now my 6th year coaching freestyle skiing, I have found my way to Aspen, CO. Along the way, I've also coached freestyle skiing in the Berkshires, MA and at Carinthia, Mount Snow, VT. Many athletes through our program go on to compete in the X-Games and Winter Olympics. It's a great honor to be able to share my passion and skill set with the future of skiing!

Coming out of the North East/Ice Coast we don't get as much snow as other places and its drawn me into creative ways of skiing. For example, I've hiked and skied Tuckerman's Ravine on Mount Washington, NH several times in May and April. This is the true back country on the East Coast- gnarly ice falls, avalanches, ripping snow melt rivers, and unpredictable weather at any moment combined with the physical exertion of boot packing! Such a rewarding journey, it puts the phrase, 'earn your turns' into perspective.

Although Tuckerman's is a true back country experience, avalanche conditions were almost never on my mind when it came to skiing in the East. On the contrary, my brother and I were constantly building jumps, rails, and other jibs, as well as seshing urban handrails at schools, townhalls, libraries, etc.... our internal dialogue was more like, 'Oh shit, the cops are coming! Get one more rail hit!'

I've made it to Colorado and the doors swung wide open! I skied more powder this last season than I've probably skied in 5 years of my life! Now its time to take my bag of tricks from the Terrain Park to Big Mountain! Want to come Shred?

Expert: Jake Renner
Reviewer: Wynter
It was all downhill after Jake pointed me in the right direction !
It’s been a while since I’ve been skiing, but was clear I needed updated gear after my first trip up. A lot has changed in the last 15 years and I was lost in a sea of online sale site but wouldn’t have known a deal or a good ski if it hit me in the face. I came across this service on Instagram and it was so fast I was connected with a expert who asked a few questions about my preference and ability and made some suggestions. I appreciated the follow up and communication till we found something perfect for the right price. I felt a little lost until Jake made it easier. A ski concierge was exactly what I needed but never knew it was a thing. I’m grateful for the counsel Jake ! Time to hit the slopes!
Verified Review | Submitted Feb 27, 2021

Expert: Jake Renner
Reviewer: Alex
Dude, Jake killed it
I was super tentative about using a service like curated because similar types of services use people who don’t understand and use the product and end up being pushy to make a sale. Jake was hella tight and understood the importance of riding before buying. Once I get to ride his suggestions, I will definitively be buying from you all. I hope all of your curated experts are as chill and understanding as Jake.
Verified Review | Submitted Feb 22, 2021

Expert: Jake Renner
Reviewer: Pholo
Jake is incredible!
I signed up for curated on a skeptical whim, and Jake changed my entire demeanor and approach from the second he reached out! He made thorough and empathetic recommendations, and shared his passion for skiiing through expounding upon the various products. His enthusiasm and kindness was incredibly infectious and I could not be more excited to hit the slopes! Thank you so much for all your help, and I will be recommending this site (and Jake) to my friends and family. Thank you again so much, truly.
Verified Review | Submitted Feb 18, 2021

Expert: Jake Renner
Reviewer: Victoria
Jake made this experience so easy!
I am a beginner skier and find it a little daunting to look for gear when there is SO much out there. Jake provided me with numerous recommendations for each type of item and explained why they would be a good fit for me. He asked me if I had any questions about the gear and answered my questions so quickly. He is very helpful and responsive and made finding the right gear stress free!
Verified Review | Submitted Feb 8, 2021

Expert: Jake Renner
Reviewer: Brian
A really real human
Jake is actually a human, not a bot. Obviously, these guys have pre-made responses due to the sheer number of texts they have to send, but I tested him about flying to Spain and installing my dishwasher. He took it in stride! Good sense of humor, genuinely knowledgeable about his craft, and super helpful explaining what’s REALLY needed from what the industry WANTS you to “need”. Definitely recommend!!
Verified Review | Submitted Jan 17, 2021
Purchased 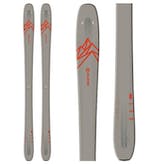 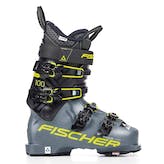 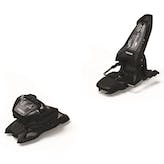 Expert: Jake Renner
Reviewer: Sebastian D
Absolute Expert!
Jake was extremely knowledgeable about his recommendations and provided incredible information and detail, answering all of my questions. Even answering some I didn’t know I had. I am very confident in taking the next steps to better myself as a Skier thanks to Jake. I would absolutely recommend Curated, and listen to Jake!
Verified Review | Submitted Feb 9, 2021

Expert: Jake Renner
Reviewer: Jon
Knows his stuff!
I had him recommend twin tips for my son who just called from the hill with one of his old skis broken. Before my son reached the bottom on one ski, Jake had recommend 5 skis that encompass the qualities for which he was looking to have in a new pair. Thanks Jake!
Verified Review | Submitted Feb 20, 2021

Expert: Jake Renner
Reviewer: Maxine
He's really great!
He gave me some ski recommendations that I really enjoy and was super friendly and approachable the whole time! I wasn't expecting to get matched with a real human with a personality and actual personalized recommendations but was pleasantly surprised and refreshed!
Verified Review | Submitted Jan 30, 2021

Expert: Jake Renner
Reviewer: Steven
Jake is very knowledgeable and passionate.
From the start, Jake was easy to speak with and didn't push one kind of ski or one brand over another. He was spot on for the type of skis I would want and didn't push obsessively for the sale which made searching much easier.
Verified Review | Submitted Feb 19, 2021

Expert: Jake Renner
Reviewer: Pete
Super service
Jake was my curator. He did a great job determining what I needed and matching me with the correct gear. When I had a change of course, he pivoted and was able to point me in a new direction with great recommdations I will recommend his service to my colleagues
Verified Review | Submitted Jan 27, 2021

My go-to setup
These are products Jake loves to use 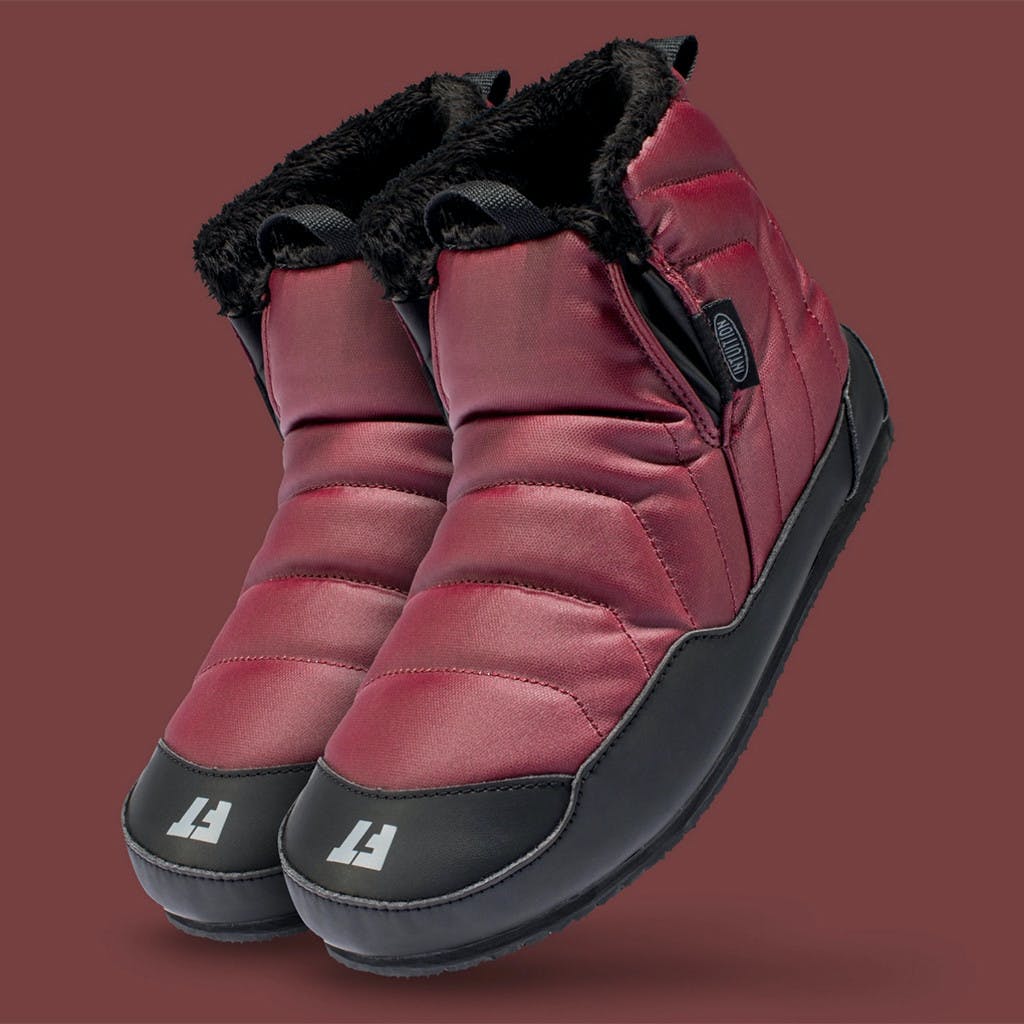 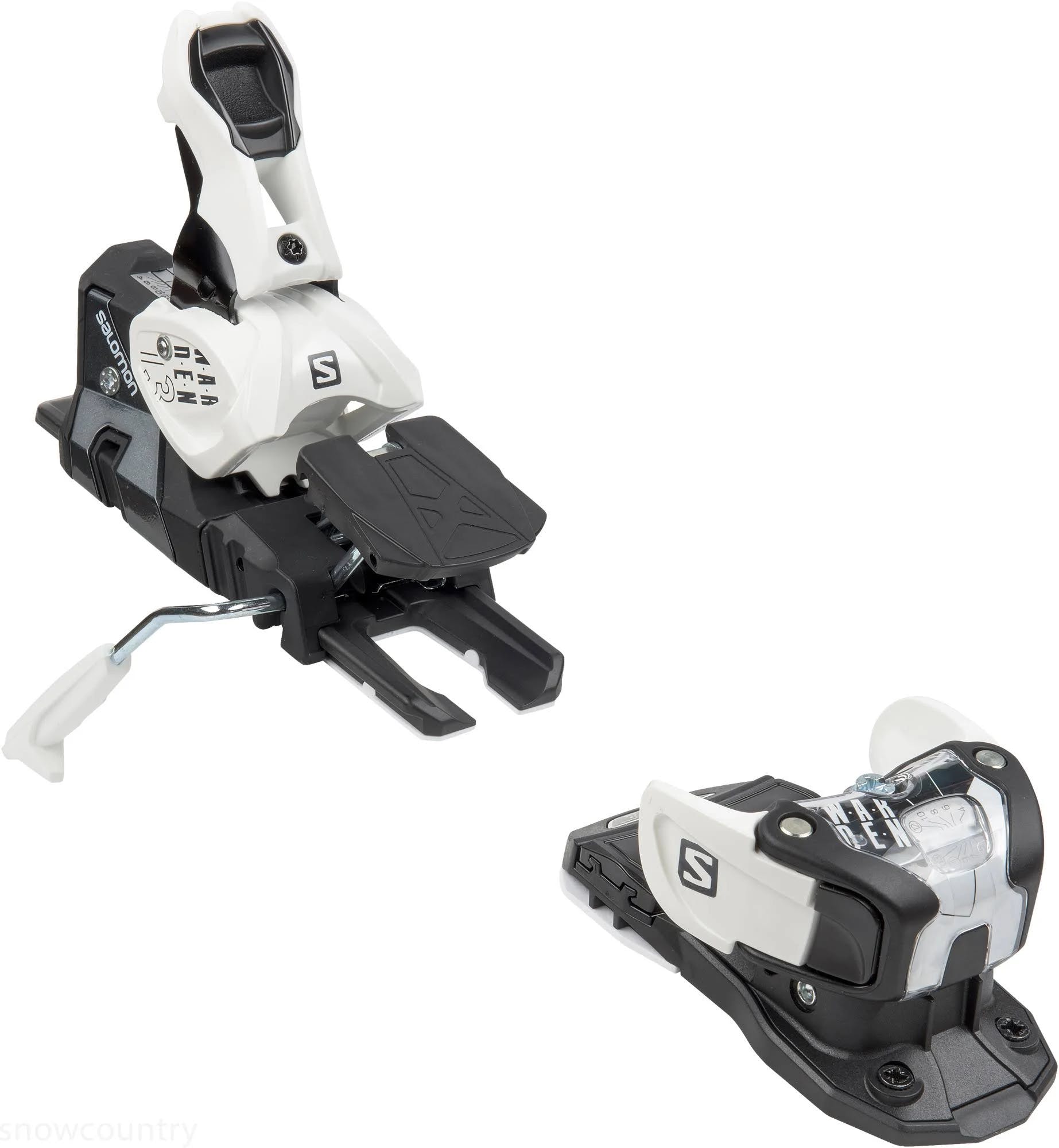 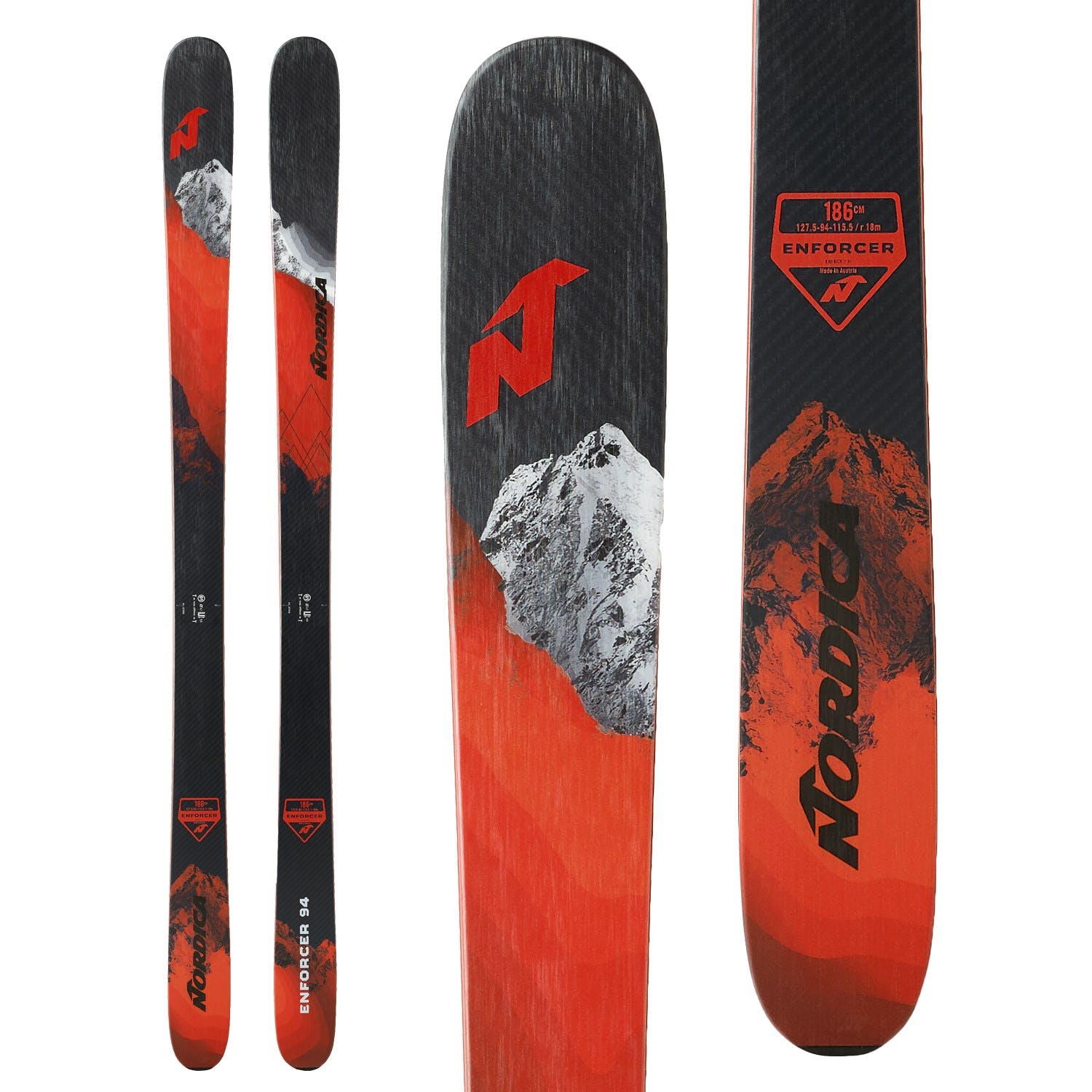 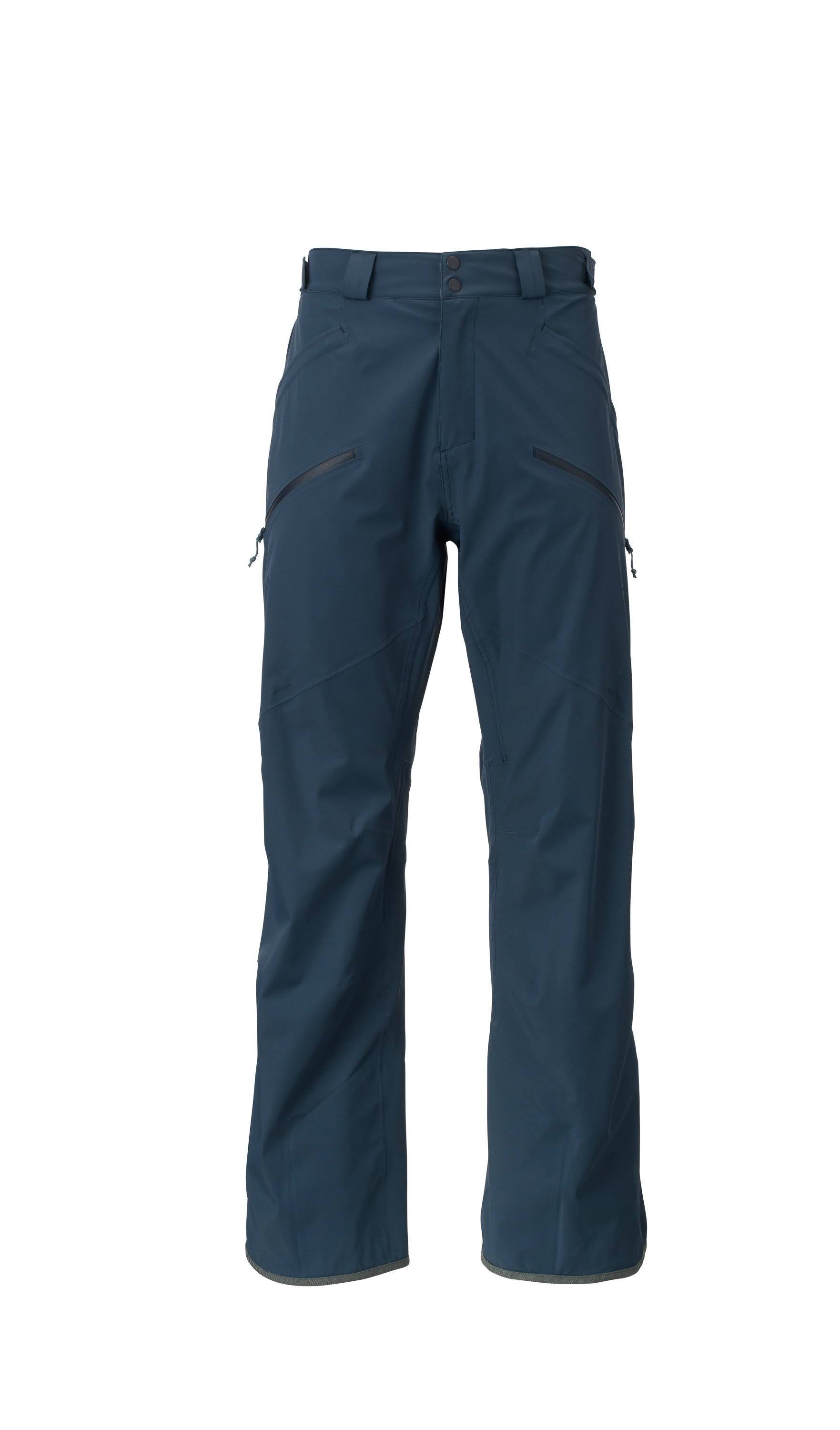 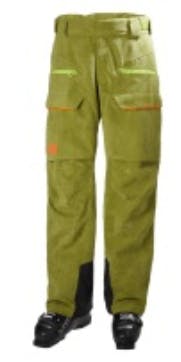 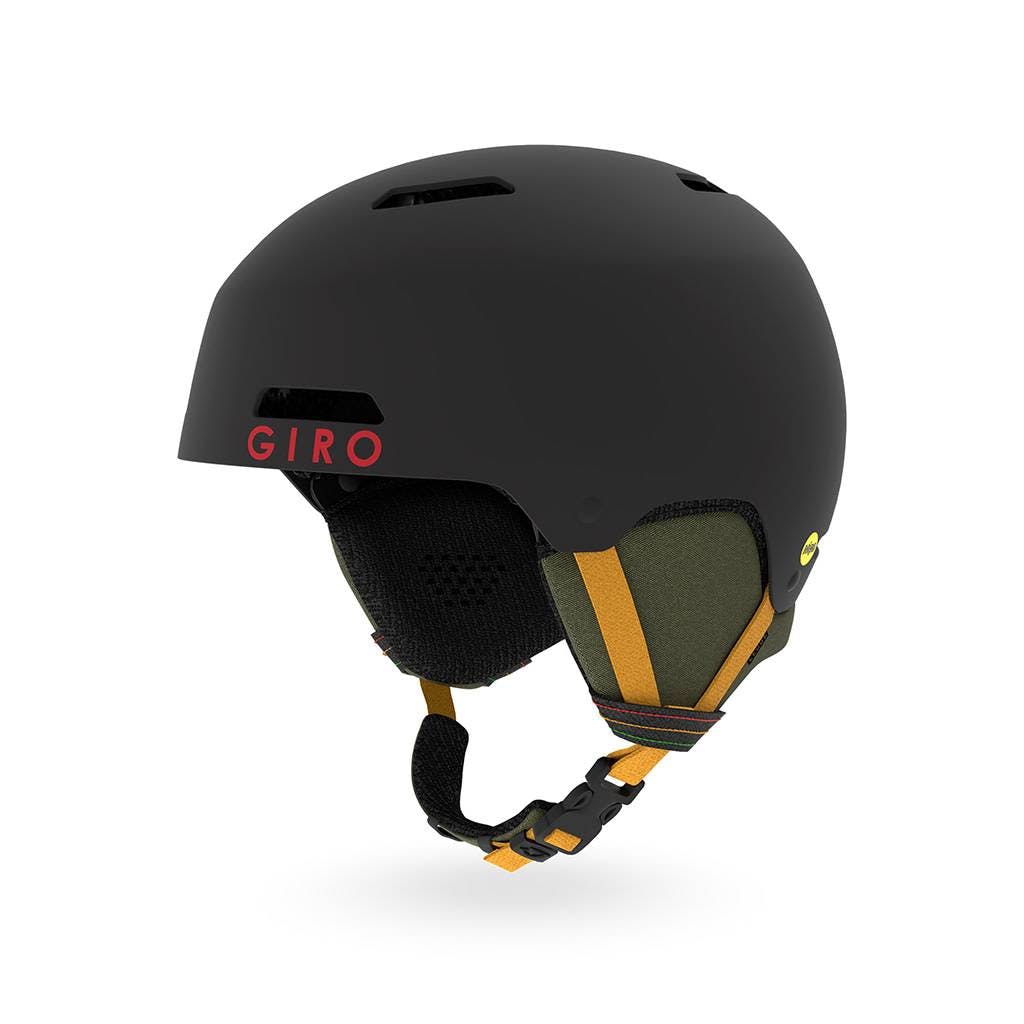 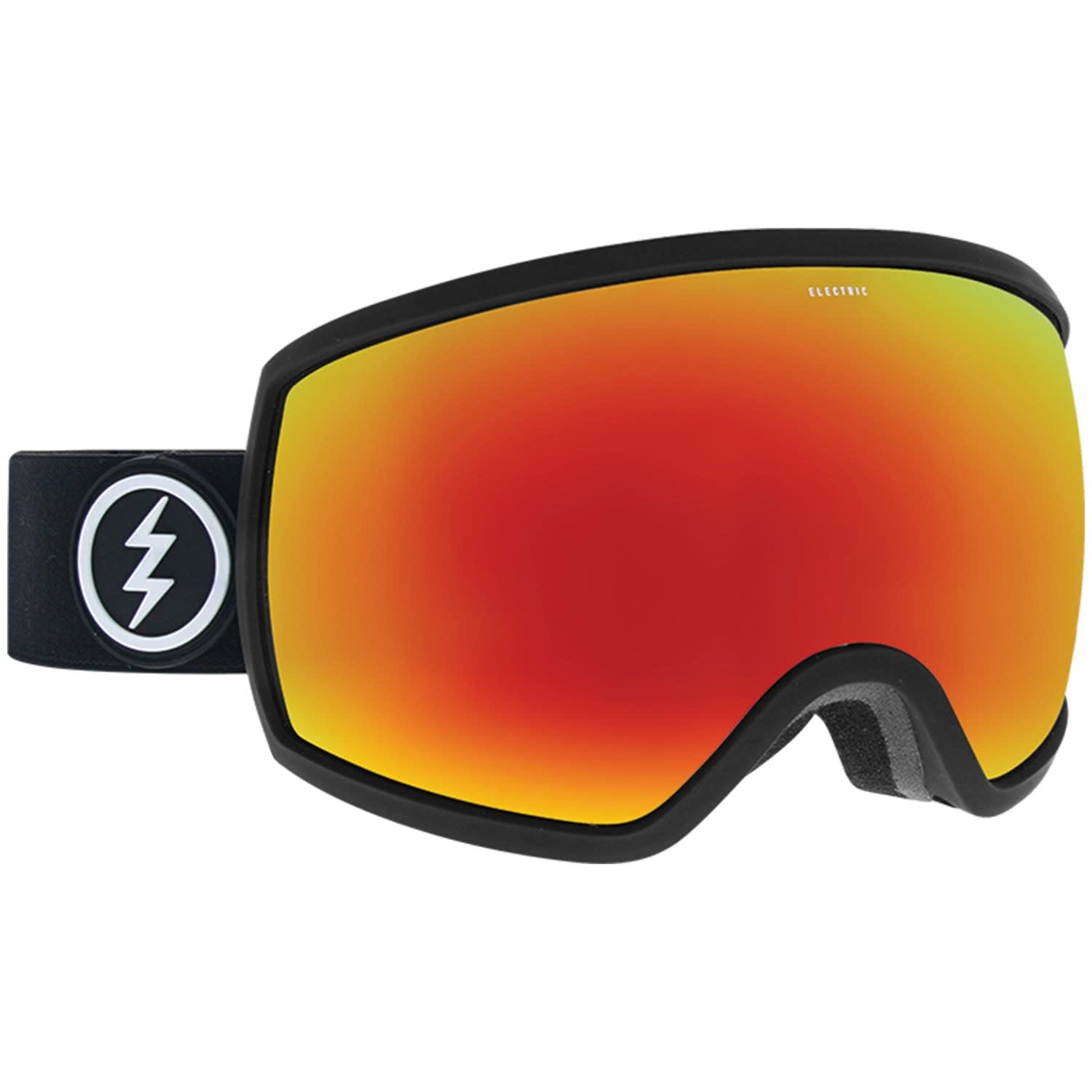 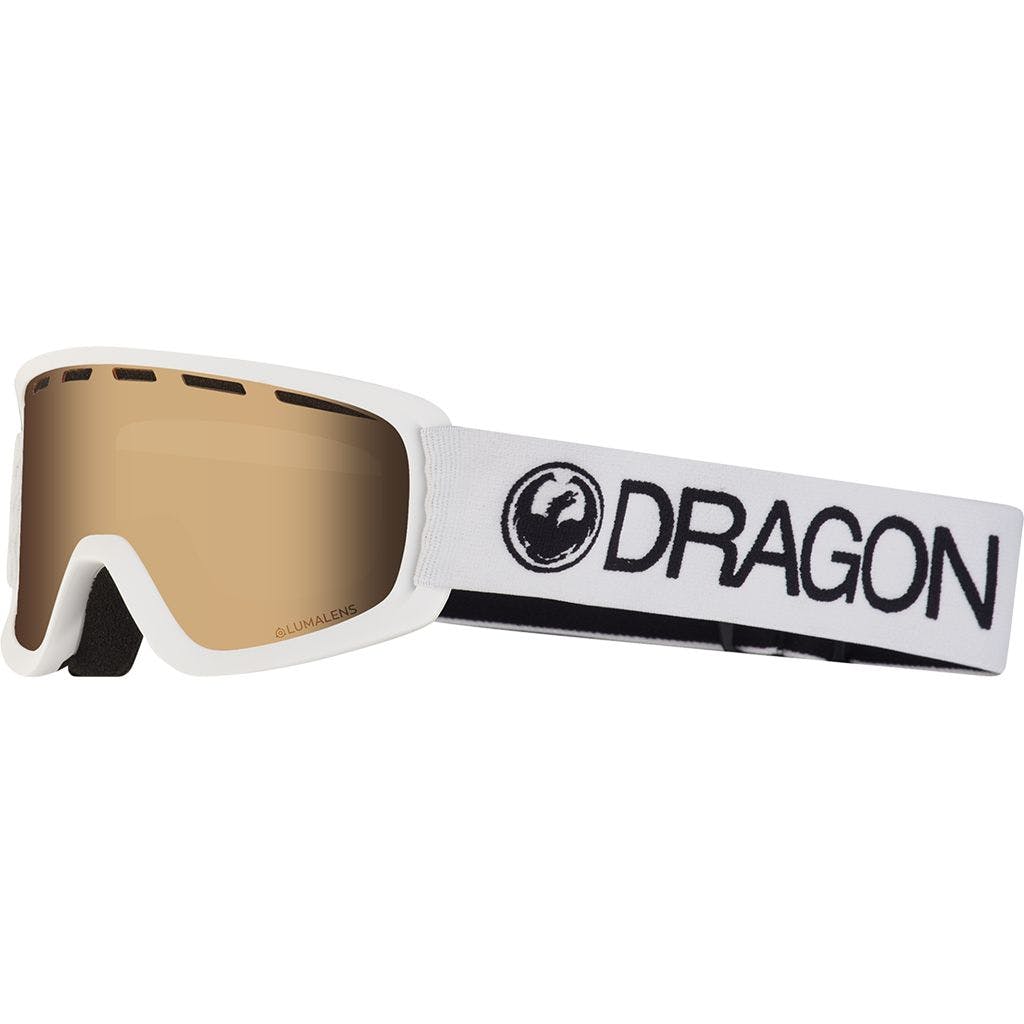 Blizzard
Blizzard Black Pearl 88 Skis · 2021
Ready to find the perfect skis for you?
Answer a few quick questions to get started with Jake