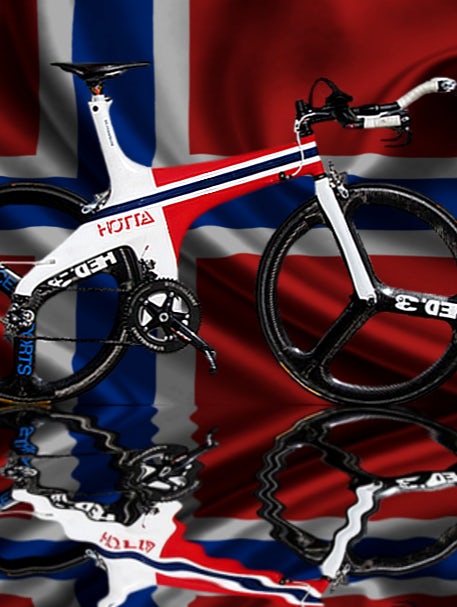 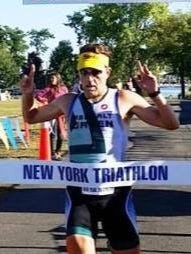 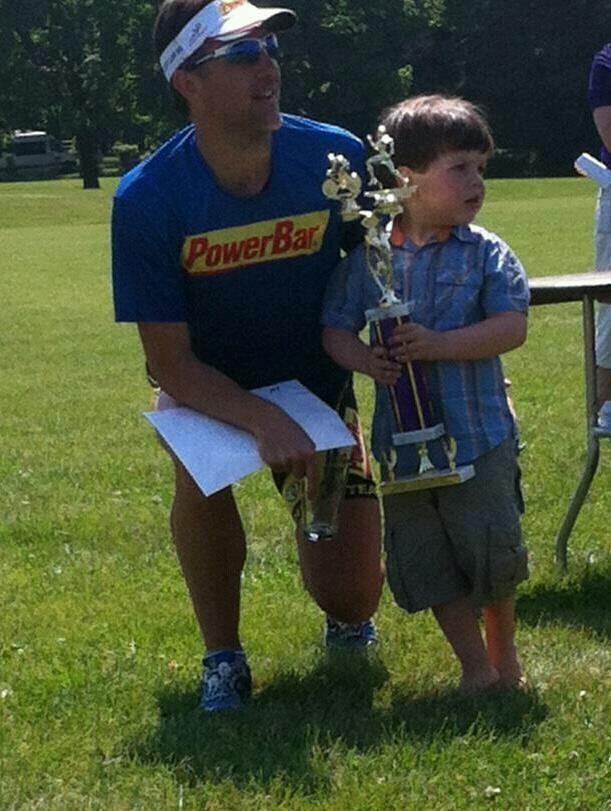 My son Matt helping my lift this trophy! 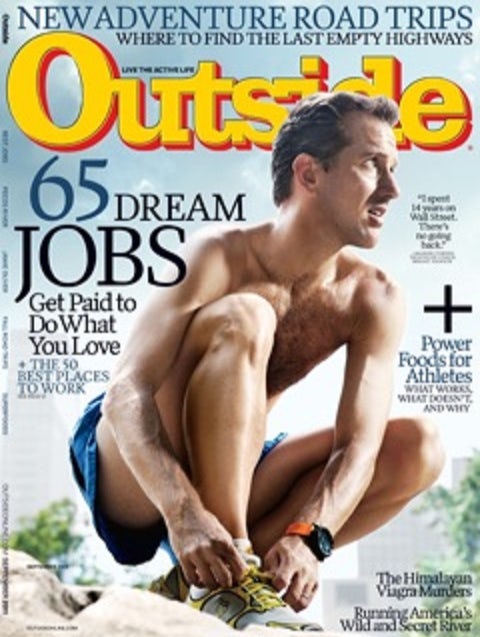 Look Mom! I made the cover of Outside magazine! 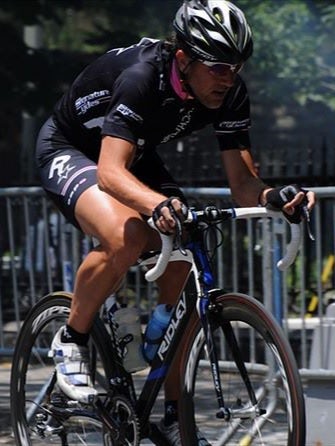 My son Matt helping my lift this trophy!

Look Mom! I made the cover of Outside magazine!

After spending nearly 15 years working on Wall Street I was exhausted, bored and just a little a bit out of shape. With the blessing of my wife, I left the banking world in 2004 and started ENHANCE SPORTS - an endurance sports coaching and consulting company. A world champion, a few National champions, and far too many race victories from my athletes to keep track of and I am still loving every minute of it.

​I am a USA Cycling and USA Triathlon certified coach and have worked in a head coaching capacity with institutions such as Asphalt Green, Cadence Cycling and Multisport and currently work with both NYU and Columbia Universities.

I've been published in numerous periodicals such as Bicycling, Triathlete, and Outside magazines (and even graced the cover of Outside magazine a few years back!). As a nationally ranked duathlete, I represented Team USA for the 2007, 2009, 2013, and 2015 World Duathlon Championships.​

Hailing from the Badger state of Wisconsin, I earned a BA from the University of Wisconsin and an MBA from NYU’s Stern School of Business. I currently live in New York City with my wife and son.

Mikael Hanson
Cycling Expert
I've helped 3,172 people find the right product - I'd love to help you too!
Sorted by

Expert: Mikael Hanson
Reviewer: McKenzie
Mikael was great!
I started asking questions months ago, and Mikael stayed in touch to ensure I had the information to purchase when ready. He didn't push anything but was responsive to questions and checking in and was able to secure me a great deal. Great service and very friendly!
Verified Review | Submitted on Sep 10, 2022
Purchased 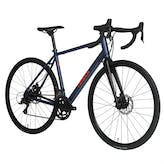 Expert: Mikael Hanson
Reviewer: Jeff
Awesome opportunity to connect with a serious expert.
Mikael was really easy to connect with. He asked me great questions to determine what my specific needs were. He quickly found a number of options for me to choose from & was responsive answering my questions. I had a great experience working with Mikael.
Verified Review | Submitted on Jul 23, 2022

Expert: Mikael Hanson
Reviewer: Juan
Mikael was better than excellent!
From day one Mikael contacted me with information about what I was looking for. I wasn't sure but told him my criteria for a bicycle. He quickly got my info and gave me 3 recommendations for a bike that met my criteria. Then he had the patience of dealing with me asking him more ad more and me being undecided to buy and making excuses. He stayed professional and courteous throughout the process. Thank you Mikael.
Verified Review | Submitted on May 21, 2022
Purchased 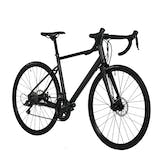 Expert: Mikael Hanson
Reviewer: melissa
Beyond expectations
What an awesome surprise! Very detailed and kind responses which taught me quite a bit! He explained some concepts I wasn’t fully understanding with bike fit and actually saved me from buying the completely wrong frame size based on what I thought my bike fitter was recommending. It turns out I misunderstood what my in person fitter was trying to teach me. Awesome list of recommendations too! Thank you!
Verified Review | Submitted on May 12, 2022

Expert: Mikael Hanson
Reviewer: Jess
Mikael was fantastic!!
Mikael was very quick to respond and answered all my questions regarding road bikes and accessories and what would be best for a beginner rider like myself! I’m looking forward to receiving my first bike!
Verified Review | Submitted on Oct 15, 2022
Purchased 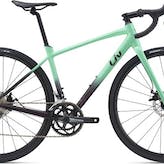 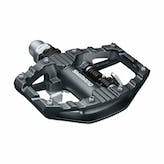 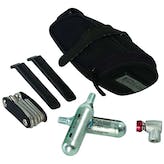 Expert: Mikael Hanson
Reviewer: John
What a resource
Mikael was extremely patient and answered a LOT of questions. In addition to providing good expert input on bike options, I found him to be really friendly and approachable. We texted a bunch and had a call and it was helpful to me and just easy and relaxed. I really felt like he was focused on finding the right thing for me.
Verified Review | Submitted on Mar 8, 2022

Expert: Mikael Hanson
Reviewer: Bryan
Mikael did a Great Job
Mikael was very helpful. Finding the right bike for some reason has always been difficult with so many brands, options, costs, fit, ability etc. Mikael honed right in to something I was not even looking at and really seems like a great bike recommendation at a reasonable cost and available! He also has experience that makes him very trustworthy and knowledgeable. Thanks Mikael!
Verified Review | Submitted on Feb 20, 2022

Expert: Mikael Hanson
Reviewer: Thurston D
Pleasant Surprise
I have to admit, I haphazardly stumbled in my Curation experience. I thought I would just be forwarded some recommendations and harassed with messages and emails until I had to unsubscribe & spam flag it. I shared my criteria for my first e-bike, and Mikael graciously lead out of the Land-of-Make-Believe to settle on a bike that realistically exceeds my expectations. It was great sharing our insights about the industry, and how difficult it can be to sort thru the garbage. I am blessed to have stumbled into the Curated family. Many thanks
Verified Review | Submitted on Jan 22, 2022

Expert: Mikael Hanson
Reviewer: Jaro
Mikado was very helpful
He recommended the right size of my bike and gave me several suggestions of different bike makers such as Scott, Marlin, Santa Cruz and Cannondale.
Verified Review | Submitted on Dec 13, 2022

Updated 10/20/2022
How to Adjust Your Shimano Front Derailleur
To most of us, bike maintenance can be intimidating! In this guide, Cycling Expert Mikael Hanson gives a step-by-step on how to adjust a Shimano front derailleur!

Updated 09/03/2022
Training for Your First Century Ride: Metric or Miles!
Thinking about training for a 100-mile or 100-kilometer race but not sure where to start? Check out this guide by Cycling Expert Mikael Hanson!

Updated 05/18/2022
How to Recover from an Endurance Cycling Event
Some tips from Cycling Expert Mikael Hanson on how to get your body back to tip-top shape after the physical toll of an endurance cycling event!

Updated 08/08/2022
What Size Bike Should You Buy for Your Kid?
Bicycle fitter and Cycling Expert Mikael Hanson explains how bike sizing works for kids so that you can be sure you are getting the right size for your little one!

Updated 09/14/2022
An Expert Guide to the Best Bike Trails in Wisconsin
Looking for a new spot to ride your mountain bike? Wisconsin local and Cycling Expert Mikael Hanson lists 9 of the best trail systems in the Wisconsin area!

Updated 09/03/2022
Do You Need a Triathlon Bike?
Cycling Expert Mikael Hanson details how triathlon bikes differ from other bikes to help you decide if purchasing a triathlon bike is the right choice for you!

Updated 02/09/2022
Should I Get My Bike Professionally Fitted?
Former elite cyclist, coach, bike fitter, and Cycling Expert Mikael Hanson explains who should get a professional bike fit and what the bike fit process looks like!

Updated 09/03/2022
How To Get Started in Bike Racing
Former elite racer and collegiate-level cycling coach Mikael Hanson walks you through everything you need to know to get involved in bike racing!
Ready to find your perfect bike?
Answer a few quick questions to get started with Mikael