Curated Ski Experts Rob G. and Thomas Harari tested the 2023 Atomic Backland 100 skis this spring at Powder Mountain in Utah. Check out how they performed in the carving and freeride categories, but consider the fact that each and every skier is different. If you have any questions about the Backland 100 or need recommendations on which ski would be best for you, reach out to a Ski Expert here on Curated.

One final point before we dive in: It's worth noting that Curated Experts are not sponsored by any brands. All of these reviews are completely unbiased.

What does Atomic claim about this ski? [Rob] Atomic claims that the Backland 100 is a freeride, touring ski that's just as comfortable in the resort as it is in the backcountry.

As a sidenote, I was skiing on this ski with the Atomic Shift binding, which is a very light binding for an inbounds binding. It's marketed by Atomic and Salomon as a binding that performs as a true DIN binding inbounds and can be a true tech touring binding in the backcountry. I was pretty happy with the inbounds performance of this binding. I wasn't thinking about the fact that I had a non-traditional alpine binding on, and that's pretty nice.

What is your overall impression of this ski? [Rob] I could not believe how well this skied inbounds for a ski that's so light. The weight on this ski is 1,380 grams per ski. That puts it right in the category of a touring ski, and yet, it was able to hold a steady carve on refrozen, ungroomed terrain. It definitely chattered more than an inbounds specific ski, but if I wanted a ski that was going to be used for touring in the backcountry and for skiing in the resort, this would be one of my top choices.

I wouldn't call this a freestyle ski. It’s very light and agile through the trees and a light ski, so it's going to be fun in the air.

I was surprised at how well this handled on firmer snow for a ski that's this light. It did get thrown around a little bit, but I was really happy making turns as long as I was willing to dial it down a little bit on firmer, uneven terrain.

In the end, I was really surprised at how well the skied inbounds for a ski that comes at a very touring-friendly weight.

[Thomas] These are awesome. For the weight, they are super stable. They are not going to be as powerful as a heavier ski or something that's more designed for inbounds, but for what they are, they ski a resort pretty well. Honestly, I was kind of doubtful that I could ski relatively hard on them. For just a touring ski, I think these are fantastic. If you want a touring ski that skis down, just like your resort ski, this is going to be an awesome option.

There were frozen chunks and just crunchy snow under the new snow that we were skiing. These are going to deflect a little bit more than a regular resort ski because they're so light. But overall, if you're skiing any sort of smooth snow, soft snow, or just regular dry powder, these are going to be awesome.

What is the profile of the ski? How does it impact the skiing experience? [Rob] So, a typical inbound ski would have a width in the neighborhood of 2,000 grams per ski. This ski is at about 60% of the weight of that per ski. It is super easy and light to pick up. It skis very light with an agile underfoot, but that does come with a cost of a little bit less stability on variable, firmer terrain.

How does it turn? How is the edge hold? [Rob] It's got a 19.2 meter turn radius, so it really likes to make medium turns and handles very well on edge. There is a smooth transition between the edges. So, it’s really fun carving turns down the groomer on this ski.

[Thomas] These get on edge okay. A ski this light is not going to carve like crazy, and it's also not going to dig an edge in super well if the snow is really firm. These are definitely more of a pivoty turner. It will help you achieve quick turns in the trees and quick turns in the bumps. It’s a little bit less oriented towards carving.

How stable is it? [Rob] At 1,380 grams per ski, this is a very light ski. It's going to be very maneuverable. It is not going to be the most stable at super high speeds.

How would the ski float in powder? [Thomas] At a 100 millimeters underfoot, this is like a very average width touring ski. If you're skiing spring corn snow or skiing mid-winter powder, this is going to be great. It's not going to float as much as wider skis, and it's not going to be quite as light as some of the narrower skis that a lot of people will tour with in the spring. But if you want one ski that's going to go anywhere, be pretty light for the uphill and ski down, this'll be a great ski.

What kind of terrain does it not perform as well on? [Rob] This is definitely not a damp ski. This is a light ski. The price for skiing a ski this light inbounds, is that when you hit rougher, firmer terrain, the ski is going to get knocked around a little bit. However, it’s nothing that a skier who is happy to dial it down a little bit in that kind of terrain can't handle. It’s a great ski for someone who does a mix of inbound and backcountry skiing.

Who would you recommend this ski to? [Rob] If you know you're going to spend most of your time in the resort but also are really interested in getting into touring, this might be a good ski to consider.

These skis are really designed for someone who wants to ski and is going to be equally at home touring in the backcountry and skiing on-piste.

[Thomas] Some touring skis are super directional and just very different than how some people like to ski the resort. Those people, I think, struggle sometimes to find a touring ski in which they can bounce around the mountain and have a little bit of a more playful style.

Any advice you would have on bindings for this ski? [Thomas] You've got options with bindings here. You could go with more of a hybrid binding like a Shift or a Duke PT or even a frame binding and use this for the resort and for touring. If you do that, it's going to weigh a little bit more, but you're going to have the ability to ski and bounce better.

You could also look at a lighter tech binding and then use it for touring or out-of-bound skiing. If you do that, I would not take it to the resort. It's going to be really light, and it's not going to have as much elasticity. It's not going to ski as well.

Then your third potential option is to just put a regular alpine binding on it. I would not recommend doing that, though. There are heavier, more powerful, more confidence-inspiring skis out there if you're only going to be skiing within the resort with an alpine binding.

Skis work differently for different types of skiers. If you want help finding the best skis for your needs, reach out to Rob, Thomas, or any other Ski Expert here on Curated for free, personalized recommendations. They’ll help you find the right skis for you.

5.0
Thomas Harari
Ski Expert
Thomas here! How can I help?
Like this article?
Share it with your network
Written By

Rob G.
Ski Expert
I really, really love skiing. Whether hiking the bowl at Aspen Highlands, dropping off of the Cirque at Snowbird, or spending a day teaching lessons in the Catskills , I spend most of each winter and spring trying to maximize my time on snow. And if I'm not skiing, I'm probably talking about skiing...
View profile

Thomas Harari
Ski Expert
I've spent the last 9 years working with college students (or being one) at Montana State University in Bozeman Montana - just minutes away from Bridger Bowl, Big Sky, and countless backcountry opportunities. With so many new students needing gear each year, I have become a go-to-guy for help buying...
View profile

Expert Review: K2 Mindbender 99Ti Skis · 2023
This review is my honest opinion of the skis, which I purchased with my own money in October of 2022.

Expert Review: Völkl Blaze 106 Skis · 2022
This review is my honest opinion of the skis, which I purchased with my own money in December of 2021.

Expert Review: K2 Reckoner 112 Skis · 2023
This review is my honest opinion of the skis, which I purchased with my own money in September of 2022.

Expert Review: K2 Reckoner 92 Skis · 2022
This review is my honest opinion of the skis, which I purchased with my own money in September of 2022.

Expert Review: Rossignol Black Ops Holy Shred Skis · 2022
This review is my honest opinion of the skis, which I purchased with my own money in April of 2022.

Expert Review: Nordica Unleashed 98 W Skis · Women's · 2023
This review is my honest opinion of the skis, which I purchased with my own money in November of 2022.

How to Avoid Frostbite on Those Long Days Outside
Looking forward to long days in the snow? Ski Expert Kyle O'Donnell explains how to stay warm and avoid frostbite when you're outside all day. 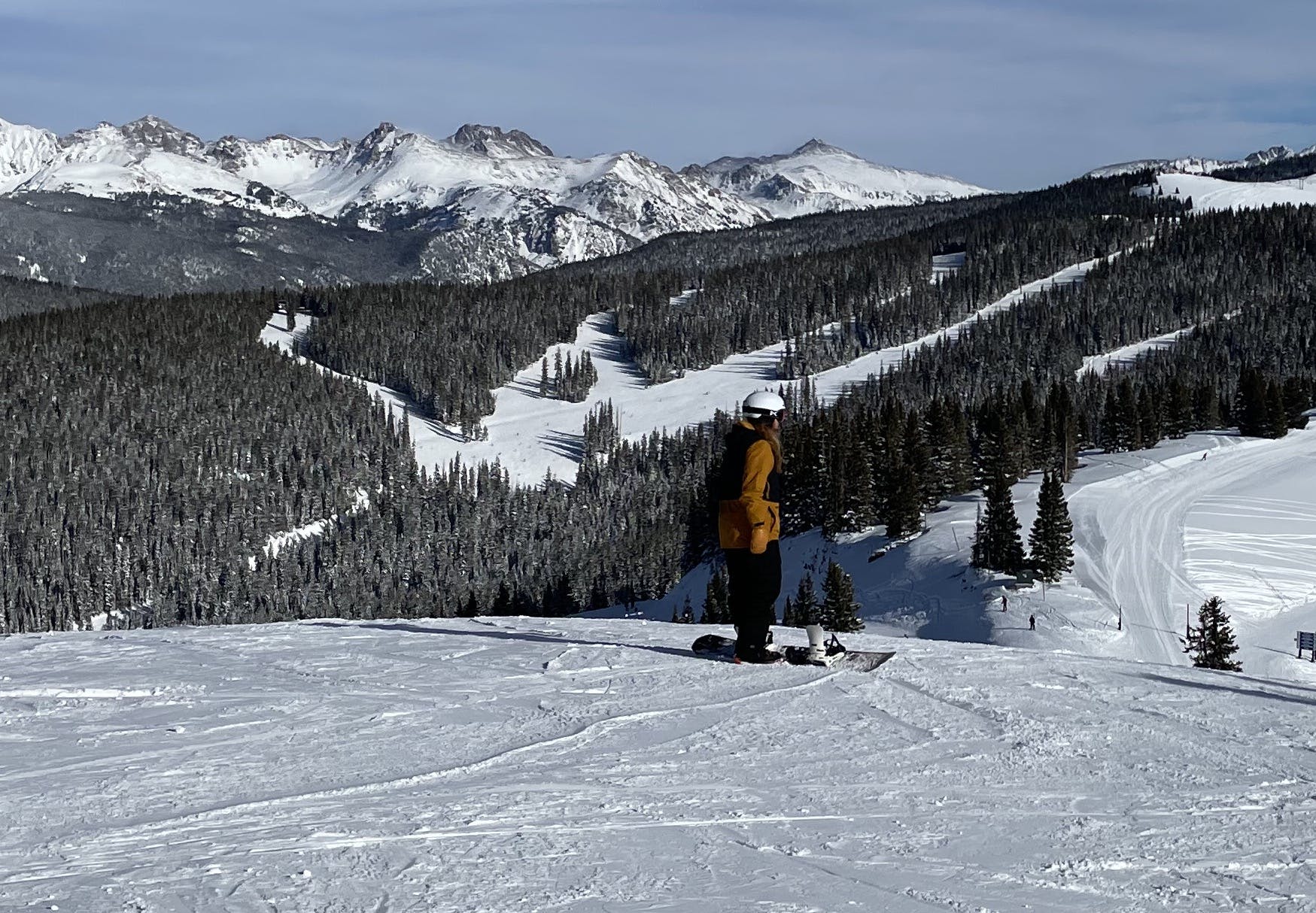 Expert Review: Burton Cartel Snowboard Bindings
This review is my honest opinion of the bindings which I purchased with my own money in November of 2021. 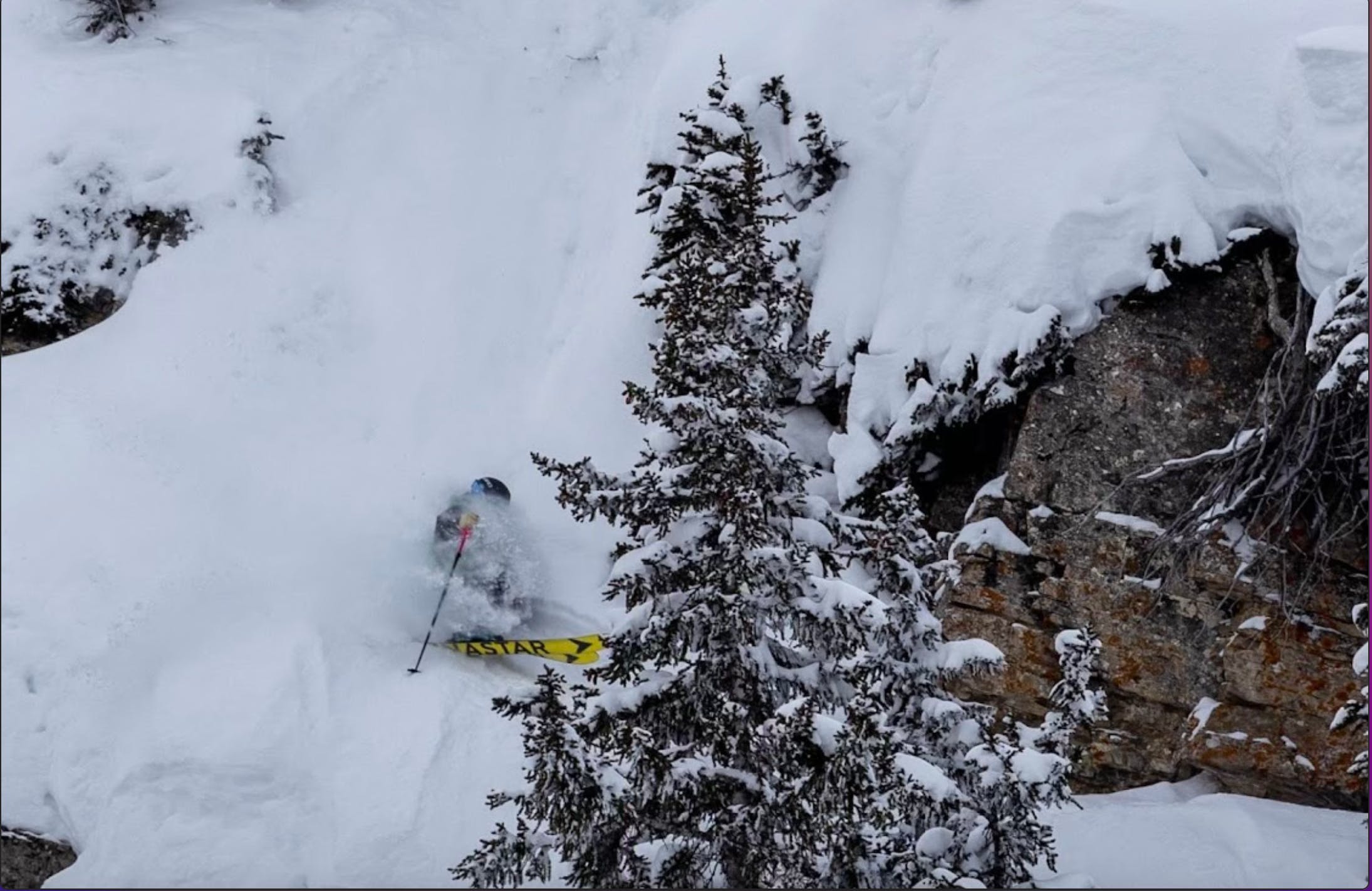 Expert Review: Dynastar M-free 108 Skis
This review is my honest opinion of the Dynastar M-Free 108 Skis, which I bought with my own money in January of 2022.

States with the Most Ski Resorts
Curated used data compiled by the National Ski Areas Association to rank states based on the number of ski areas in each.
NC
Nicole Caldwell
Updated 12/14/2022

Expert Review: Dakine Men's Stoker GORE-TEX® 3L Bib Pants
This review is my honest opinion of the bib pants, which I purchased with my own money in February of 2022.

Freeride World Tour 2022: Event One - Highlights
This stop at Baqueira Beret was one for the record books. Follow along with Ski Expert Mike Dobson as he covers the major skiing moments of the Freeride World Tour.

Choosing the Right Backcountry Touring Binding
Whether it's your first set or you're looking to upgrade, Ski expert Connor Hult shares the essentials on finding the right touring binding for your next adventure.

Expert Review: Salomon S/Pro 120 Ski Boots · 2021
This review is my honest opinion of the ski boots, which I purchased with my own money in October of 2022.

Should I Buy a Women's Snowboard?
Snowboard Expert Jen Mocanu details her experience shopping for a snowboard as a woman and whether or not it matters to get a women's-specific board!