10 Hikes With a Whole Lot of History

Interested in heading back in time? Hike any of these trails to continue learning about American history and those who stood here before us.

Hiking is a great physical activity that allows us to reconnect with nature, clear our minds, and enjoy the beauty of this planet. Many trails and roads you walk on also have a dense history behind them that we are often not aware of. Understanding what has happened on this road is what connects us to our history and ancestors. Here are some hikes with a whole lot of history.

The Lolo Trail was first hiked by Nez Perce to gain access to Western Montana by cutting through the Bitterroot Mountains. Lewis and Clark later hiked for 11 days on the trail in 1805. The Nez Perce War of 1877 forced 3,000 Native Americans to flee the American cavalry on this trail.

Lolo Trail via Howard Creek is a lightly-trafficked, moderate trail with over 4,000 feet of elevation spanning across 14 miles. Hit the trail from May to October and watch out for the insane amount of ticks.

The Chilkoot Trail in Alaska, which quickly became known as the “Golden Stairs,” was a popular route for gold miners. It easily earned a reputation as a difficult hike where people trekked through coastal rainforests and snowy passes. Many unprepared travelers died on the trail.

The 33-mile trip today is a challenging hike with over 6,000 feet of elevation gain. This route features a lake and is a popular backpacking trip that averages three to five days to complete. Learn more about hiking the Chilkoot Pass Trail here.

Today, you can hike a 8.4-mile out-and-back hike into the canyon where the Donner Reed Party, Pony Express riders, and Mormon pioneers once stood. You will hike through a small creek with cottonwood, eventually coming to tall spruce and aspen trees. In the summer, Mule’s Ears will blossom and produce daisies. You can learn more about hiking the trail here.

Since Theodore Roosevelt visited Mount Marcy, the nine-mile trail infrastructure has opened endless possibilities for hikers today to enjoy the Adirondacks. The trail is only recommended for the most experienced hikers and is rated as hard difficulty. The trail features a lake, and once at the top you will get a great view of the Adirondack peaks. Hike next to the source of the Hudson River and beware of snow, ice, and lots of mud. Learn more about hiking Mount Marcy from Upper Works Trail here and walk where Roosevelt once walked.

The Gettysburg Battlefield Heritage Trail is over 17-miles long and runs through the site of the Battle of Gettysburg in 1863—a crucial point in the Civil War. Robert E. Lee’s invasion of the North was stopped by Union troops in one of the bloodiest battles of the war.

The trail is split into three sections: The Johnny Reb Trail, the Billy Yank Trail, and the Gettysburg Trail. The Billy Yank nine-mile section is the most difficult of the full trail. Historic Gettysburg is full of walking trails to follow that will head to ruins, the national cemetery, and more.

Ala Kahakai in Hawaii is home to many trails that take you on the coast, through rainforests, on public and private lands, beaches, and more. Hike a 15-mile section that is managed by the state of Hawaii, or do a popular three-mile section from Spencer Beach Park to Hāpuna Beach State Recreation Area.

This ancient trail highlights 1,200 petroglyphs that show ancient Hawaiian life from animals to gods, sailors, dancers, and more. The path is clearly marked but can be rough with wild vegetation, so wear long pants and soak up the sun. Stop by the beach, go for a swim, and eat a peanut butter and jelly sandwich before the rest of your hike. Learn more here.

The Iditarod Trail in Alaska is home to 2,400 miles of the strenuous Iditarod Trail Sled Dog Race. Each winter, participants who have trained hard will ride for days on end to finish the trail and claim first place. In the summer, however, many locals will hike sections of the trail. Stop by the museum of the Iditarod where you can learn about the history of the race and meet some Iditarod participants (including the dogs). Learn more about the trail and the race here.

Spanning across 560 miles and three states, the Star-Spangled Banner National Historic Trail is embedded with the history of the War of 1812. Walk on land and pass an exhibit that includes bunk rooms, ramparts and cannons, officers’ quarters, storage areas, and more. Fort McHenry on the trail often hosts historical interpretations and a firing demonstration.

The trail connects history from Maryland, to Virginia, to Washington D.C. and highlights the Battle of Baltimore—which inspired Francis Scott Key to write the American national anthem. To learn more about the history and hiking of the Star-Spangled Banner trail, head here.

From 1775 to 1776, Juan Bautista de Anza led 240 people to the first non-Native settlement at San Francisco Bay. The 1,200-mile trail through California and Arizona connects history and culture and is an epic trek between two states. Learn more about the historical trail here.

The National Historic Trail doesn’t end in California, but rather hits nine more states, including Idaho, Oregon, Colorado, Kansas, and more. The California section of the trail is filled with history all on its own. Walk the same path as 250,000 emigrants who traveled to mine gold in California in the 1840s and 1850s. The California National Historic Trail is over 5,000 miles long and follows the paths of travelers in wagons, on horseback, and by foot. You can learn more about the history here.

Interested in heading back in time? Hike any of these trails to continue learning about American history and those who stood here before us. And of course, hit me up through my profile and let’s chat about all things outside.

Hannah K
Camping & Hiking Expert
Although I've been hiking for most of my life, I didn't start backpacking and camping until college when I joined the University Outdoors Club at my school. My first backpacking trip was ambitious, the Batona Trail in the Pinelands in New Jersey done in two days. To do that, we had to walk a maratho...
View profile

An Expert Guide to Camping in Washington
The state of Washington is full of places to hike, camp, and explore. Check out this guide to some of the best spots by camping expert Alex Dolan!

An Expert Guide to Hiking a Colorado 14er
Been dreaming of summiting one of Colorado's fourteeners? Camping & Hiking expert Jessica LaPolla breaks down how to make your trek a success.

Just Moved to Boulder, Colorado? Here Are the First 10 Hikes to Do
Camping & Hiking expert Hannah K. overviews the first ten hikes she did recently upon moving to Boulder.

How to Hike the Appalachian Trail
The trail of five million steps requires putting one foot in front of the other, but it also requires so much more! This article will cover a "few” of these steps.

An Expert Guide to Hiking in Vancouver, BC, Canada
Taking a trip to Vancouver, BC? Hiking expert Amy Boissonneault has some recommendations for trails you might want to check out.

How I Spent Six Hours in Joshua Tree National Park
The goal was to see as much as I could in one day (and try to do it with one tank of gas).

An Expert Guide to Hiking the Colorado Trail
Colorado’s namesake route and longest continuous hiking trail offers up a tour of the state’s surreal alpine scenery and is a worthy endeavor of any outdoors person.

6 Beautiful Water Hikes and How to Hike Them
Camping & Hiking expert Hannah K. shares top hikes through rivers and under waterfalls, and top gear and tips for maximizing your experience.

Expert Review: Marmot Tungsten 3P Tent
This review is my honest opinion of the tent, which I purchased with my own money in May of 2022.

A Day in the Life of a Curated Camping & Hiking Expert
From sunup to sundown, Hannah K. runs through how she spends a Monday.

Expert Review: Ascend MS 4400
This review is my own honest opinion of the backpack, which I got in December 2017.

11 Gifts for Beginner Hikers
Curated expert Hannah Kaufman shares inspiration on what to gift the beginner hiker in your life.

Expert Review: Ruffwear FrontRange Harness
This review is my honest opinion of the harness, which I purchased with my own money in June of 2021.

How to Buy the Perfect Jacket Online
Want to buy a jacket without the hassle of going into a store? Camping & Hiking expert Jessica LaPolla shares her tips for buying the best jacket online.

Expert Review: Therm-a-Rest Neoair Xlite Sleeping Pad
This review is my honest opinion of the sleeping pad, which I purchased with my own money in August of 2022.

An Expert Guide to Cold-Weather Camping
The winter months don’t need to be a barrier to enjoying the serenity of camping. Camping expert Connor Hult has some tips for how to make camping in the cold a comfortable adventure!

Expert Review: Nemo Quasar Sleeping Pad
This review is my honest opinion of the sleeping pad, which I purchased with my own money in June of 2022. 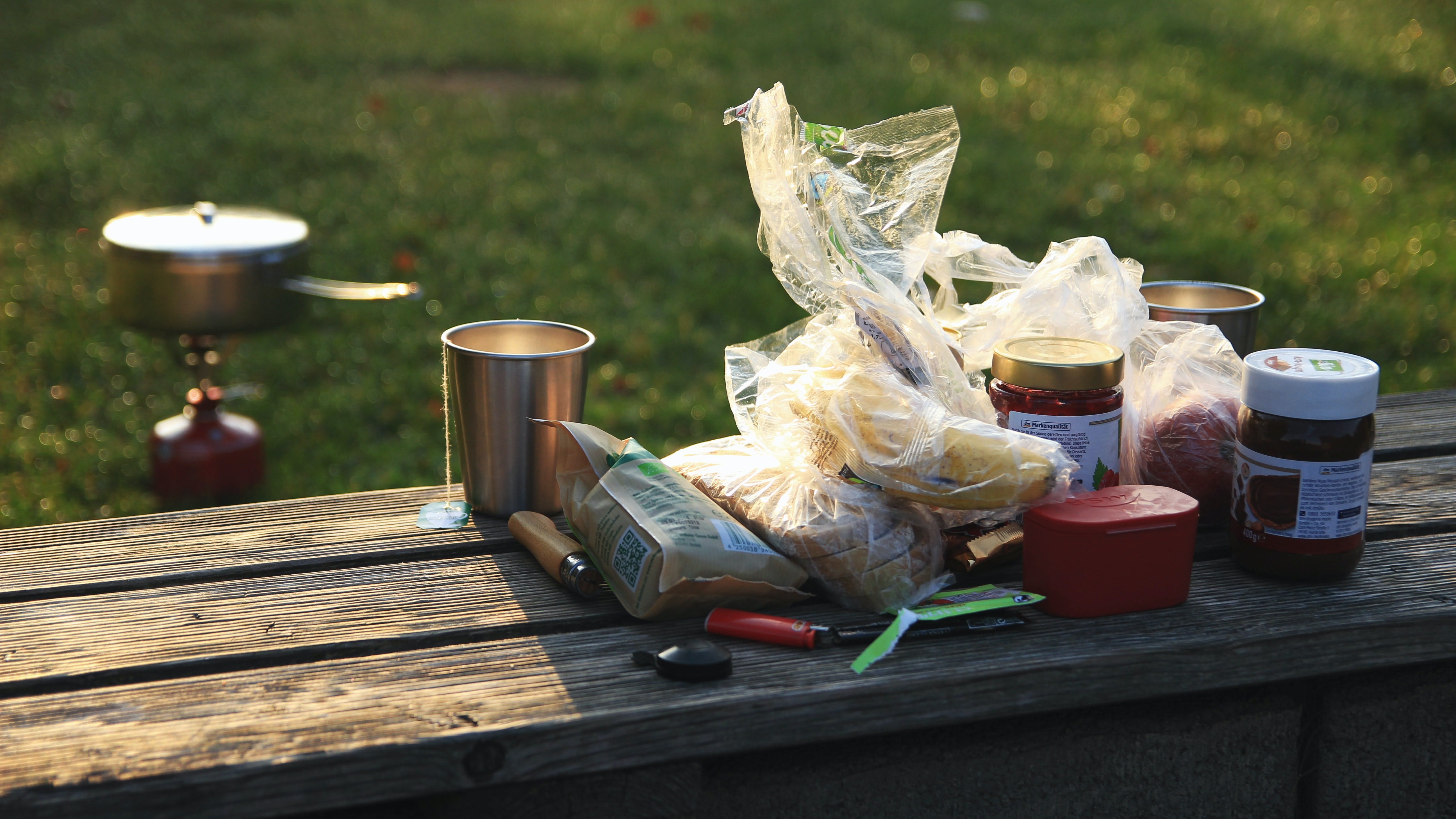 10 Things to Eat for Breakfast on Your Next Camping Trip
Looking for breakfast ideas for your next camping trip? Camping & Hiking Expert Hannah K. details 10 things you can make for each morning meal.

How To Roadtrip From Moab, Utah to Laramie, Wyoming
Come along with Camping & Hiking expert Hannah K. as she travels through Utah, Colorado, and Wyoming. Use her experience to plan a trip of your own!