Tennis expert Jared Worth goes over the tournament's big wins, its most exciting moments, and all of Djokovic's winning gear.

After a year that saw Wimbledon canceled for the first time since World War II, Wimbledon 2021 already carved its own place into the history books before the first point was even played. This year's event started on Monday, June 28th (not including qualifiers) and ran until Sunday, July 11th, being played at the prestigious All England Club. After two weeks and 675 matches, this year’s Wimbledon proved to be historic in its own right. From Ash Barty’s emotional championship match to Djokovic’s record-tying major win, here are some of the highlights from Wimbledon 2021.

This year’s ladies’ doubles draw was easily the most exciting match of the tournament. The unseeded Russian duo of Veronika Kudermetova and Elena Vesnina valiantly fought off a combined five match points throughout their quarter and semifinal matches! With this year being Vesnina’s final year at Wimbledon, things seemed to be coming together for the ultimate storybook ending leading into the finals. Unfortunately for the Russians, Hsieh Su-Wei and Elise Mertens were no pushovers. Despite having multiple championship points in the second set, the pressure proved too much for Vesnina, who made a few critical errors that allowed Hsieh/Mertens to claw their way back into the match. Hsieh came alive at the net during the third set, and Mertens made the necessary adjustments at the baseline to snag the victory from the Russian duo.

The gentlemen’s doubles draw had little in the way of upsets, with the 1 and 4 seeds meeting in the final. Both Marcel Granollers and Horacio Zeballos played at a high level all throughout the tournament, only dropping a single set en route to the final. Nikola Mektić and Mate Pavić dominated their way to the final as well, continuing a run that has seen them win seven doubles titles since partnering up at the start of the year. The final was a revenge match for the Croatians, who suffered a loss to Granollers/Zeballos in the 2021 Madrid Open finals. They came out to a convincing 2 sets to none lead but Granollers/Zeballos rebounded in the fourth, taking the set 6-2. The top-seeded Croatians didn’t let that phase them, finishing the match off in the fourth set 7-5 and becoming the first-ever Croatians to win the doubles trophy. They look to continue their dominant 2021 season at the Olympics, where they’ll surely be considered the favorites to win gold.

While the ladies’ doubles final didn’t give viewers the fairy-tale ending it was building towards, the ladies’ singles final did just that. Ash Barty and Karolína Plíšková went head-to-head, both only dropping a single set prior to the finals. Plíšková was aiming for her first-ever grand slam title, while Barty sought to become the first Indigenous Australian to win Wimbledon since her own mentor, Evonne Googalong Cawley, won in 1980. A Wimbledon title was Barty’s childhood dream and one that she was able to make a reality Saturday afternoon. She came out swinging, taking the first set convincingly at 6-3. Plíšková bounced back in the second, shifting the momentum and winning it in a tiebreak. In the end, though, Barty came out on top, surging to a third set 6-3 win to take the match. This marks her second-ever grand slam title and further solidifies her as the top player in the WTA right now.

The gentlemen’s singles draw was the most impactful of the bunch, with Novak Djokovic pining for the grand slam record alongside Federer and Nadal, as well as keeping his hopes of a calendar slam (winning each of the four majors in a calendar year) and golden slam (the calendar slam plus winning gold at the Olympics) alive. Federer was looking to end his rut of grand slam losses but was surprisingly knocked out in just the quarterfinals, in straight sets no less! It was a brutal loss, taking less than two hours with the last set being a bagel (6-0 score), just the second Federer has suffered at Wimbledon since 1999.

In the other half of the draw, Djokovic had no issues whatsoever reaching the finals, winning 21 straight sets after losing the first of the tournament. The finals weren’t much different, with the hard-serving Matteo Berrettini falling in four sets. He had flashes of brilliance, fighting off two set points in the first set at 5-2 and riding the shift in momentum to take the first set. From there, however, it was all Djokovic all the way. Berrettini fought nobly, but Djokovic adjusted and began attacking the net more frequently, dictating the pace of play and disrupting Berrittini’s game plan. The last three sets were fairly routine, and Djokovic secured his twentieth grand slam title to tie Federer and Nadal. Now all eyes are on Djokovic for the Tokyo Olympics and US Open, as he aims to become the first man since Rod Laver in ’69 to achieve the calendar slam, and potentially the first men’s player ever to achieve the golden slam.

With Djokovic winning his 20th major, most fans might want to know what gear the current world no. 1 uses. Here’s a look at the racquet, shoes, and apparel that give Djokovic his edge.

Thankfully, Novak’s shoes are a much less complex model than his racquet. He uses the Asics Court FF 2 Novak, the result of a collaboration between him and Asics. He doesn’t use this exact spec all year, instead, he switches it out during the clay season to the Asics French Open Court FF 2 Novak.

For apparel, Djokovic currently has a custom line with Lacoste. The partnership started in 2017 after his deal with Uniqlo expired. The Lacoste line covers polos, shorts, and hats, all featuring their iconic crocodile logo.

With Wimbledon 2021 in the books, fans and players alike now can look forward to the Tokyo Olympics, which start later this month on the 23rd. The biggest story going into the tournament is obviously Djokovic’s bid for the golden slam, but it’s worth noting he hasn’t confirmed whether or not he’s actually playing at the Games this year. Considering the short time between Wimbledon and the Olympics, it wouldn’t be a shock if he decides to forgo the Olympics in favor of being more prepared for the U.S. Open in August/September. Regardless, tennis fans have a lot to look forward to in the coming months.

Jared Worth
Tennis Expert
I started playing tennis when I was just 8 years old. I fell in love with it after watching a U.S. Open match, Federer VS. Roddick back in 2007. Since then I've played nearly every week at least once a week, including 4 years on my high school team and intermittently throughout college. Tennis is a...
View profile 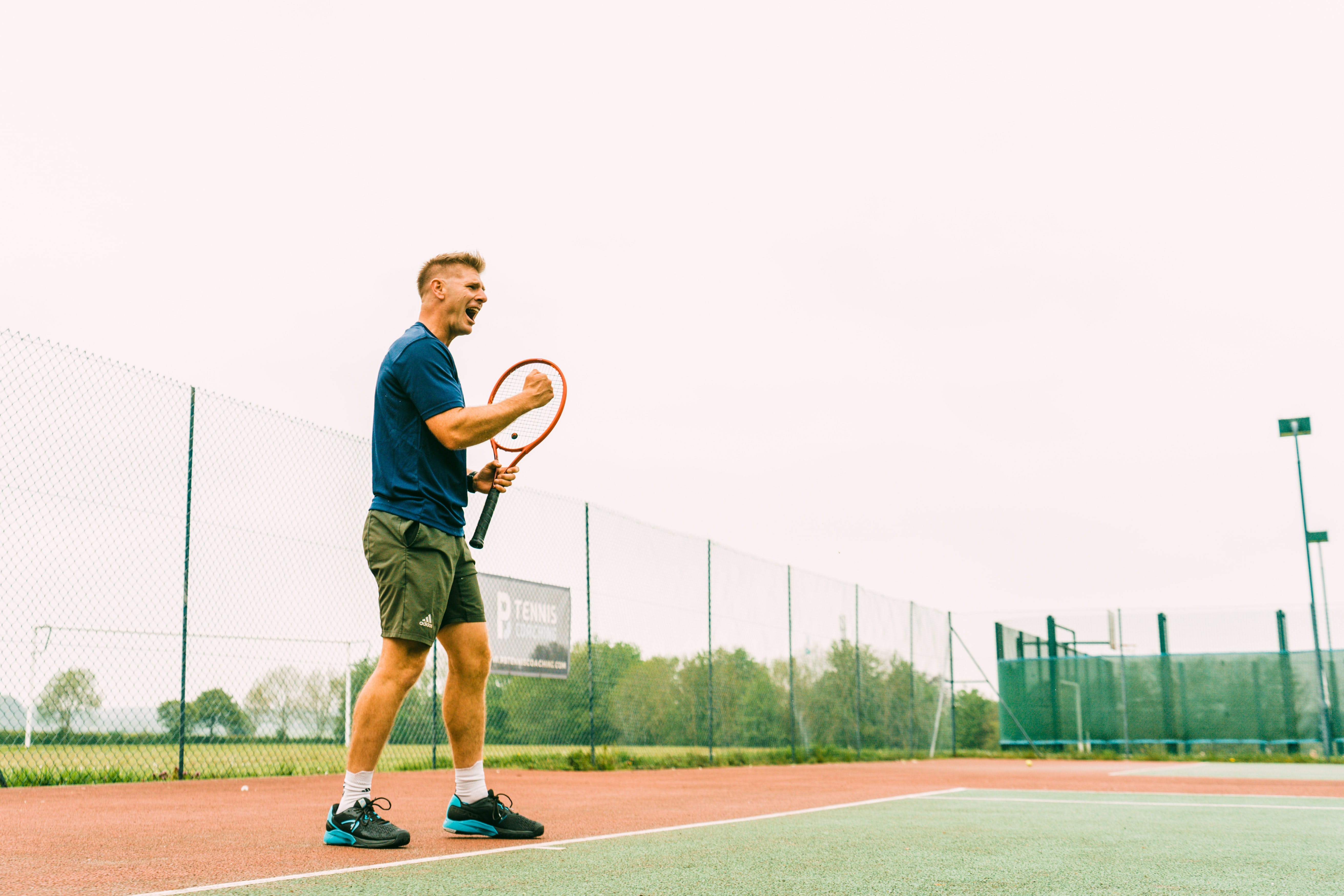 10 Father’s Day Gift Ideas for Tennis Player Dads
Is there a dad in your life who loves playing tennis? Finding him a gift for Father’s Day is easy with this gift guide from Tennis Expert Brandon M.

Expert Review: Head Graphene 360+ Extreme Tour Racquet · Unstrung
This review is my honest opinion of the racquet, which I purchased with my own money in June of 2022.

Expert Review: Wilson Pro Staff 97 V13.0 Racquet · Unstrung
This review is my honest opinion of the tennis racquet, which I tested for one week in October of 2022.

The Ultimate 2021 Holiday Tennis Gift Guide
Check out this gift guide for the tennis players in your life, so you can stay ahead of the crowd and get them the best gift for the sport they love.

An Expert Guide to Beginners' Tennis Racquets
Tennis expert Jared Worth overviews the three types of tennis racquets and gives his beginner recommendations for each to make sure everyone starts off strong! 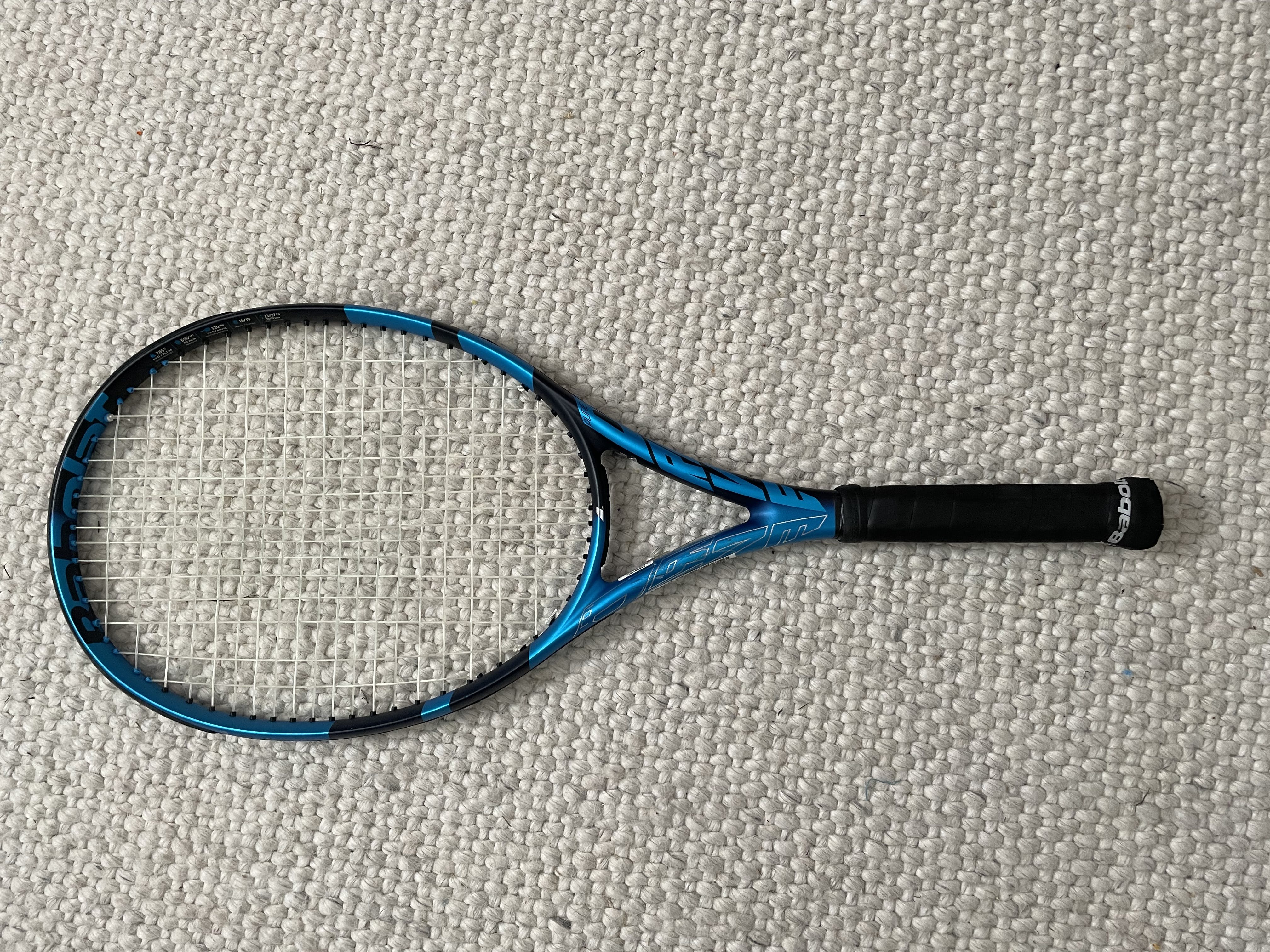 Expert Review: Babolat Pure Drive 107 Racquet · Unstrung
This review is my honest opinion of the tennis racquet, which I tested for one week in October of 2022.

Tennis Gifts for Father's Day
If you're looking for the perfect Father's Day present, Curated Tennis expert Brandon M. is here with a gift guide for the tennis-playing dad in your life.

An Expert Guide to the Best Tennis Racquet Brands
In the market for a new tennis racquet but not sure what brand to go with? Check out these expert-recommended brands that will have you swinging on the court like a pro!

The Ultimate 2022 Tennis Gift Guide
Wondering what to get the Tennis player in your life this holiday season? Tennis Expert Brandon M. gives you his top 10 gifts for any tennis player for next season.

An Expert Guide on How to Choose a Tennis Racquet
Tennis Expert Brandon Maki overviews everything you need to know to select the right racquet for your game, whether you are a beginner, intermediate, or advanced player.

Wimbledon 2022 - What to Look Out For
Looking forward to the 2022 showdown at Wimbledon? Tennis Expert Nicolas Carrero shares which players to watch in men's and women's singles.

The U.S. Open 2022 - What to Look Out For
Tennis & Racquet Expert Nicolas Carrero breaks down all the key players and the major storylines heading into the 2022 U.S. Open so you can follow all the drama.

Expert Review: Wilson Clash 100 Racquet · Unstrung
This review is my honest opinion of the racquet which I purchased with my own money in

The U.S. Open 2022 - Highlights
This year's U.S. Open had us all on the edge of our seats. From the final sets of the GOAT to a new World No. 1 player, catch up on all the drama with Tennis Expert Nicolas C.

Expert Review: Dunlop CX 200 98 Racquet · Unstrung
This review is my honest opinion of the tennis racquet, which I tested for 5 days in October of 2022.

Expert Review: Babolat Pure Strike 98 Racquet · 18x20 Unstrung
This review is my honest opinion of the tennis racquet, which I tested for 5 days in August of 2022.

Expert Review: Dunlop FX 500 Racquet · Unstrung
This review is my honest opinion of the tennis racquet, which I tested for 5 days in October of 2022.

Expert Review: Babolat Pure Strike 98 16x19 Racquet · Unstrung
This review is my honest opinion of the tennis racquet, which I tested for 5 days in August of 2022.

The Ultimate 2022 Tennis Gift Guide
Wondering what to get the Tennis player in your life this holiday season? Tennis Expert Brandon M. gives you his top 10 gifts for any tennis player for next season.

Expert Review: Head Speed Pro 100 2022 Racquet · Unstrung
This review is my honest opinion of the tennis racquet, which I tested for 5 days in October of 2022.

Wimbledon 2022 - Highlights
Miss any of the action from this year's Wimbledon? Catch up on all of the surprises and highlights with Tennis Expert Nicolas Carrero.

Expert Review: Wilson Ultra 100 V3.0 Racquet · Unstrung
This review is my honest opinion of the tennis racquet, which I tested for 5 days in September of 2022.

Expert Review: Head Radical Pro Racquet · Unstrung
This review is my honest opinion of the racquet, which I tested for one week in October of 2022.