The 2021 Bassmaster Classic, presented by Academy Sports + Outdoors, stretched across a hot June weekend at Lake Ray Roberts in Fort Worth, TX. For the second year in a row, the win went to Hank Cherry.

Read on to relive the best catches of the tournament and to find out what gear helped Cherry with his epic back-to-back win.

Everything is Bigger in Texas

Whenever you go down to Texas, you have the chance to catch the biggest bass of your life. Going into the tournament, everyone knows the sky is the limit, and the talk pre-tournament revealed that the fishermen needed to catch at least seventeen pounds a day in order to have a shot on Sunday. The predicted winning weights were upwards of fifty pounds for the three days on the water.

For the second year in a row, the Bassmaster Classic ends with a Cherry on top.

The legendary Hank Cherry defends his title to win back-to-back Classic championships. Topping Matt Arey by just one pound, Hank Cherry becomes only the third angler to ever achieve this, joining Rick Clunn (1976/1977) and Kevin VanDam (2010/2011).

Recap: Steve Kennedy got off to a hot start by doing what he does best—flipping a white swim jig in the morning during the shad spawn. When shad spawn, they swim up tight to the bank and lay their eggs on the cover. Since the shad hang in a big school, they become an easy target for hungry bass, which Kennedy took advantage of.

Recap: Hank Cherry took the lead, catching a solid 17lb 12oz bag which put his total at 38lb for the event. On Saturday, Cherry caught his fish in a mix of areas, using the bait he’s most known for, a jerkbait by Berkley. But, like Kennedy, he found the greatest success by shallowly fishing a vibrating jig around the shad spawn. Cherry felt like the key to his big bag was the cadence he was using when fishing his jerkbait. It was very slow, but he knew he was doing what was needed to get those fish to bite.

Recap: As the temperatures continued to climb, the bass became more and more lethargic. Cherry was flipping bushes (fishing amongst flooded bushes) and caught two bass early in the day, but the bite seemed to shut off as the sun got high in the sky. So, Cherry made the decision to switch from the heavy flipping setup he had been using and change to a 1/4oz tungsten weight with a 3/0 hook for a smaller and slower presentation. Within 30 minutes, he had filled his bag.

Cherry said at the weigh-in, “I might have found the dumbest bass in Texas. I flipped way off from my target like three to four feet off of the bush. I turned to fix my poles, when I picked up my line, I could see my line swimming off so I quickly set the hook.” That was his final fish of the day to seal his five-fish limit and help him go on to win the Classic.

The 2021 Bassmaster Classic was an exciting tournament all around. The Texas Park Commission had the area looking amazing and the lake fishing turned out to be very good for a mid-June tournament. The spectators were not only able to come and enjoy thousands of booths in the Dickies Arena but were also able to follow the anglers out on the water. Several of the anglers commented on just how nice the hospitality is down in Texas. Overall, it was a great tournament and Cherry’s back-to-back win blew everyone away.

If you want to get geared up like Cherry or have questions on any of the above gear, reach out to your Fishing expert here on Curated for free advice and recommendations. Stay tuned for more major Curated coverage in the future!

Brayden Sharp
Conventional Fishing Expert
Greetings! I am a Senior at Wayne State College in Nebraska. I am studying Business Management with a concentration on Marketing. I also a brand ambassado for Curated as a college tournament angler. I am blessed to live out a dream to fish bass tournament with my younger brother. Bass fishing has gi...
View profile

4 Father’s Day Gift Ideas for Angler Dads
Does your dad love to fish? Get him the perfect Father's Day present this year with these ideas from Fishing Expert Alex Johnson.

How to Catch Redfish
In this guide, Fishing Expert Christian Nelson delves into redfish habits and habitats to explain the best methods of catching these sportfish.

Most Exciting New Gear from St. Croix for 2021
Fishing expert Jake Baum recently explored the newest gear at ICAST, the world's largest sportfishing trade show. Check out what St. Croix has in store for 2021.

How to Catch Walleye
Fishing expert Macy Wingate tells you everything you need to know about walleye fishing, including where to go, when to go, and what gear to use. 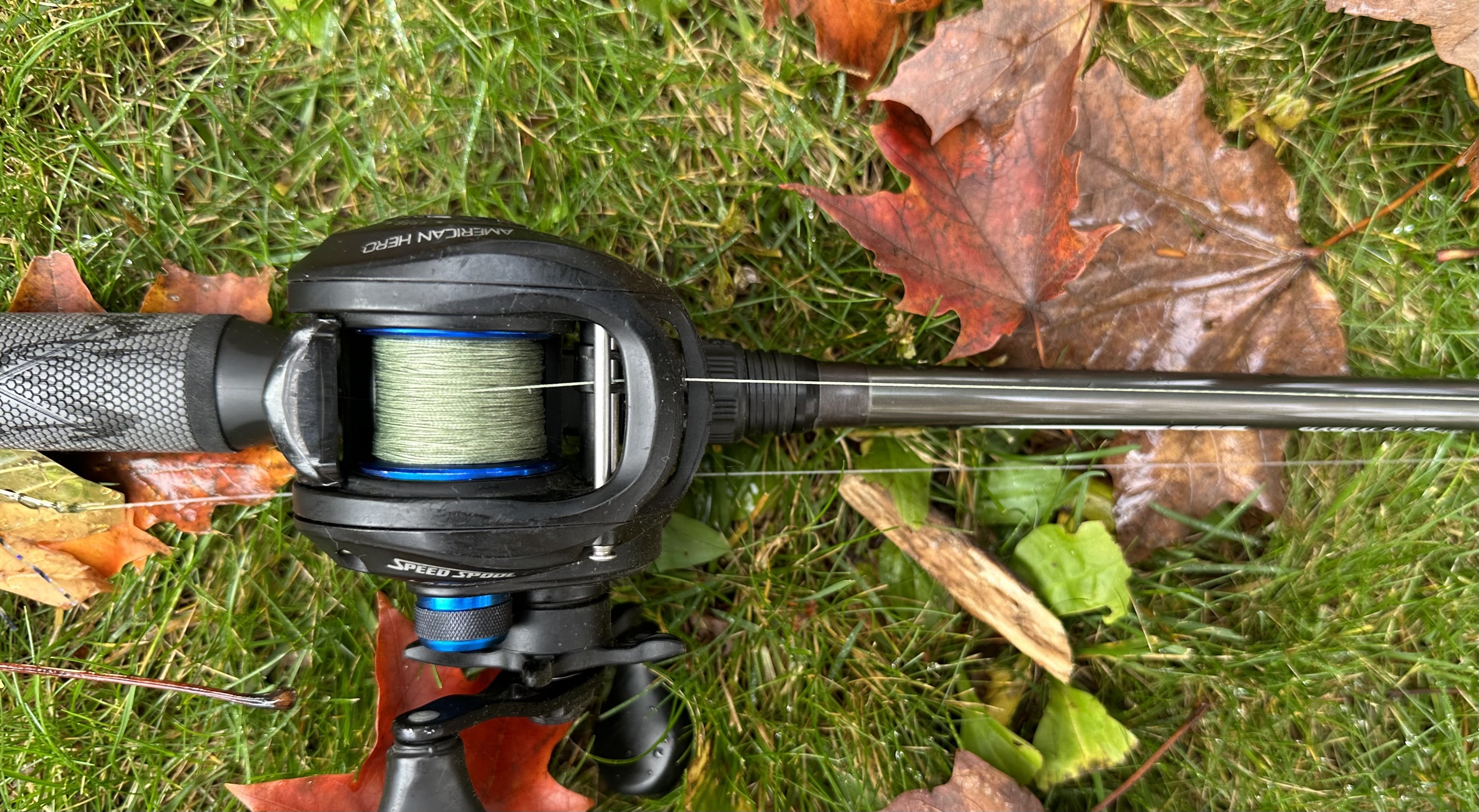 Expert Review: Temple Fork Outfitters Tactical Elite Bass Casting Rod
This review is my honest opinion of the fishing rod, which I purchased with my own money in April of 2021.

How to Fish for Trout
Want to improve your chances of catching beautiful trout? In this article, Fishing Expert Rachel Hannan shares all of her trout fishing suggestions.

The Ultimate 2021 Holiday Fishing Gift Guide
Not sure what present to give to the fishing enthusiast in your life? Check out this gift guide with ideas sure to put a smile on their face.

An Expert Guide to Tippet Sizes
Learn how to size your tippet to manage line breakage and maximize the life of your leader with Fly Fishing Expert Marshall McDougal!

How to Choose the Right Spinning Reel
Have a new spinning rod but no reel? Fishing expert Tanner Druffel shares everything you need to know to find the right reel for you.

Making the Most of Your Fishing This Summer
Looking for some summer fishing inspiration? Fishing expert Christian Nelson shares some of his favorite experiences so you'll have a summer full of fish and fun.

An Expert Guide to the Types of Fly Fishing Reels & How to Choose
Balanced with a properly selected rod and weighted fly line, a fly fishing reel is an essential piece to an enjoyable day on the water.

My Top 5 Terrestrial Patterns
Learn which terrestrial fly patterns to pack your fly box with when big bugs start flying around this spring with fly-fishing expert, Marshall McDougal!

Expert Review: Orvis Clearwater Fly Rod Outfit
This review is my honest opinion of the fly rod outfit, which I bought with my own money in May 2018.

Top 5 Streamer Patterns
Fly-Fishing Expert Marshall McDougal breaks down which go-to streamer patterns should be a staple in your fly box.

Why It's Important to Buy a Quality Fly Line
The right fly line is imperative for perfecting your cast and catching fish out on the water! Fly Fishing Expert Joseph Smith explains how to choose the right line!

An Expert Guide to Catfishing Gear
Want to start fishing for catfish? Fishing Expert Adam Fox shares all the essential gear and tackle for chasing down those big cats.

How to Ensure Correct Wader Fit
Fly Fishing expert Baily Dent overviews waders, how to size them correctly, and how to care for them to unlock years of use.

Expert Review: Orvis Hydros Reel
This review is my honest opinion of the fly fishing reel, which I bought with my own money in December 2020.