Most Exciting New Gear from Daiwa for 2021

I recently got back from ICAST, the fishing industry's top tradeshow for new product releases, and wow, what a show Daiwa put on this year! They brought their whole line-up of rods and reels, from saltwater to freshwater, for anglers to check out. Manning the booth were several of their professionals who fish both the MLF and Bassmaster Elite circuits. At the show, Daiwa released two brand new reels: the Tatula SV Limited baitcaster and their line of Saltist MQ spinning reels.

Once again, Daiwa is found at the top as they take home the “Best in Show” award for both saltwater and freshwater reels. These were their new Saltist MQ spinning reel and their Zillion SV TW, which caught the eyes of the judges as Daiwa displayed how they stay above the competition in quality.

The new Saltist MQ spinning reel comes in a size ranging from 2500 - 20000, allowing it to be used for any type of fishing. The Saltist MQ comes with Daiwa’s highest-end components, including their new Monocoque (MQ) body. This new body system does not require any body cover, eliminating the need for screws. This improves the strength of the reel, increases its water resistance, and allows a larger diameter drive gear to be installed. This reel also includes their famous Digigear, which is a precision cut gear to increase smoothness and strength against all elements.

Daiwa’s new Zillion SV TW is definitely one to turn heads. Once an angler feels this reel, it's quite possible they'll never want to use another. The new Zillion comes with the brand new SV Boost System. This takes the prior SV system to the next level. Like the prior SV brake system, it starts free from the spool and applies pressure towards the end of the spool, but then the new boost releases again at the very end of the cast, allowing for an extra thirty feet of casting distance. This, paired with their new HyperDrive design, is the pinnacle of durability and innovation. It includes an upgraded gearbox, clitch, and double support sealing to ensure the reel stays running smoothly for years. The HyperDrive allows for such a clean feeling when retrieving this reel.

Daiwa also released their new limited edition Tatula SV 103. This reel comes with the previous standard SV 103 interior with some added cosmetics. The new reel has a solid carbon fiber handle, new metal knobs, and a solid aluminum body. This is one of the most flashy-looking reels out on the market.

Daiwa’s AGS guide system also caught the attention of many at the convention. Daiwa’s AGS guides are solid carbon fiber, which cuts down the weight significantly. A typical higher-end rod has titanium guides, but the new and improved AGS carbon fiber guides weigh as much in a set (9-11 guides) as the very first guide in a titanium set. This reduction in weight increases sensitivity and helps balance the rod. Daiwa’s pros have designed several signature rods for all applications, from Brent Ehrler’s drop shot rod to Ish Monroe’s heavy flipping stick.

Steez SV TW is Daiwa’s flagship of baitcasting reels. This reel comes with all of the bells and whistles. It has Daiwa’s Ultimate Tournament Drag (UTD), a light magnesium body, and a Zero Adjuster spool tension knob, which ensures that the angler gets the max casting distance right from the box. The magnesium body allows for this reel to be the lightest reel in their line, coming on the market at a stellar 5.6oz.

As a flagship series in Daiwa’s AGS, you can’t forget about these rods. They are tricked out with Daiwa's AGS guide system that is 40% lighter than the industry standard for higher-end guides, its X45 blank construction, which eliminates the twisting of the rod on a hookset, and a carbon fiber reel seat for increased sensitivity all the way to your hand.

Daiwa continues to lead the industry in reel technology. With its new release of the Saltist MQ, it now has a saltwater reel for any type of fishing from inshore to deep sea. To pair with that MQ body is its Light (LT) series that leads the industry for the lightest spinning reels on the market. Daiwa has reels in this series from $50 up to the new Exist LT listing at $799, which allows for any angler to find their perfect reel, no matter their area of expertise.

Everybody intends to buy a reel that they want to last, and at Daiwa’s price point, there isn’t anything better out there. Daiwa is always keeping one step ahead of the game as far as their tech components, their smoothness, and their weight. I was able to test every rod and reel in Daiwa’s lineup to really get a feel for their quality of products. Daiwa prides itself on being one of only two companies that fully manufacture its products from start to finish (the other being Shimano). That means that Daiwa is able to bring anglers a rod or reel at a $99 price range, whereas other companies have it listed at $125. The best midrange combo I tested, which was confirmed by the specialist there, was with their Tatula CT baitcasting reel on their Tatula XT rod. That combo comes in at around $250, and I'd never need another set-up again. If you have questions about Daiwa’s gear or are looking to find the right gear for your needs, reach out to me or another Fishing expert here on Curated for free, personalized recommendations!

Brayden Sharp
Conventional Fishing Expert
Greetings! I am a Senior at Wayne State College in Nebraska. I am studying Business Management with a concentration on Marketing. I also a brand ambassado for Curated as a college tournament angler. I am blessed to live out a dream to fish bass tournament with my younger brother. Bass fishing has gi...
View profile

How to Catch Flounder
In this article, Fishing expert Christian Nelson breaks down exactly how he goes about finding and catching flounder so you can get some fish of your own! 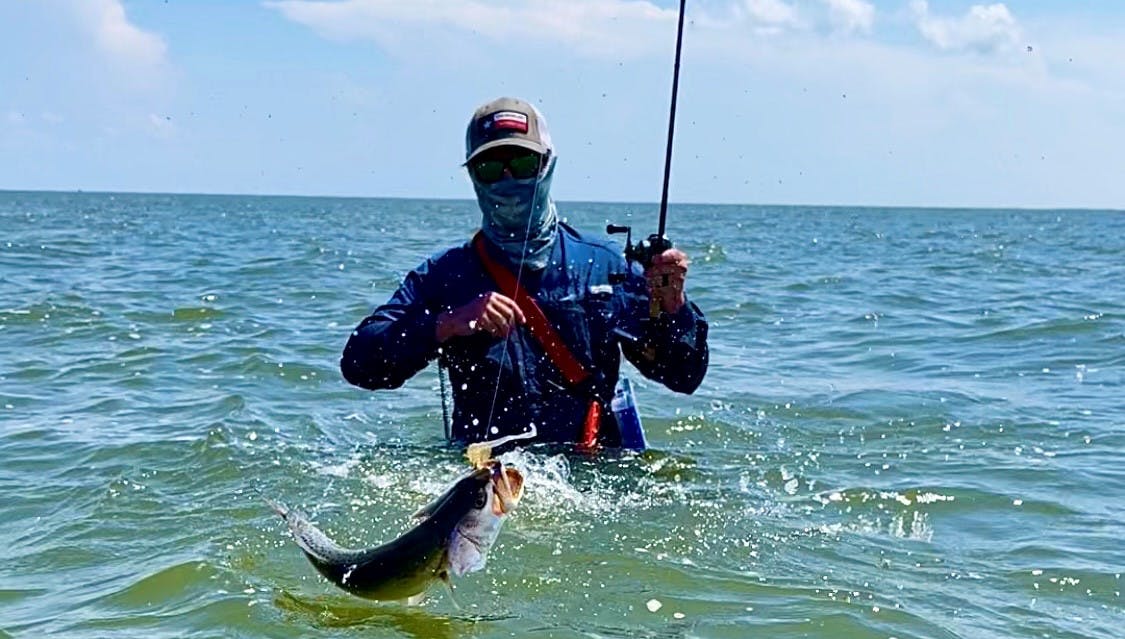 Expert Review: Shimano Curado DC
This review is my honest opinion of the conventional reel, which I bought with my own money in August 2019. 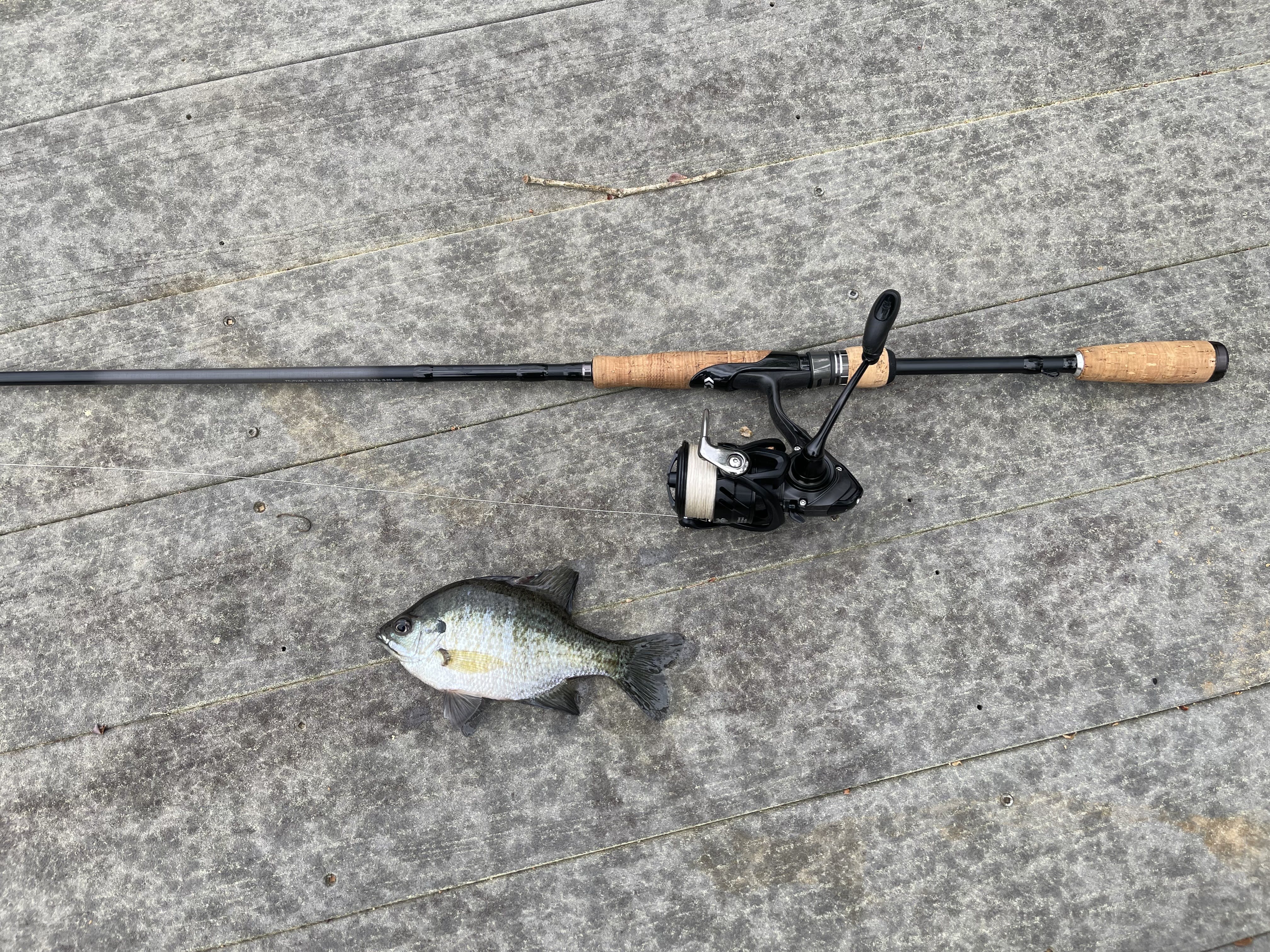 Expert Review: Daiwa Tatula LT Spinning Reel
This review is my own honest opinion of the spinning reel, which I bought with my own money in 2019.

Expert Review: Daiwa Exceler LT Spinning Reel
This review is my honest opinion of the fishing reel, which I purchased with my own money in May of 2022.

Expert Review: Daiwa Procyon Spinning Rod
This review is my honest opinion of the fishing rod, which I purchased with my own money in June of 2022.

Expert Review: Daiwa Fuego LT Spinning Reel
This review is my honest opinion of the reel, which I purchased with my own money in May of 2021.

How to Catch Redfish
In this guide, Fishing Expert Christian Nelson delves into redfish habits and habitats to explain the best methods of catching these sportfish.

Most Exciting New Gear from Shimano for 2021
Fishing expert Kevin Frost deep dives into the Shimano reel that is the biggest game-changer of 2021.

An Expert Guide to Choosing a Baitcasting Reel
Curated Fishing expert Joe M. uses his engineering background to help you find the perfect baitcasting reel for your unique style of fishing.

How to Introduce your Child to Fly Fishing
Looking to teach your child how to fly fish? Fly Fishing expert Danny Mooers shares how to create the perfect day on the water for both of you.

How to Take Your Kids Fishing
Taking your kid fishing allows you to spend time together making memories. Fishing Expert Christian Nelson shares his best suggestions for you and your children.

How to Tie Fly Fishing Knots
When you're first starting out, one of the most intimidating things about fly fishing is all the knots! Check out some of the most common knots with instructions below.

How to Choose the Right Fly Rod Weight
Fly Fishing Expert Joseph Smith explains the ins and outs of fly rod weight, why it matters, and how to choose the right weight for your area and target species!

How to Build a Modern Fly Rod at Home
Fly Fishing Expert Robert Levin explains how to build a fly fishing rod all by yourself so you can take extra pride in what you catch.

How to Fly Fish a Streamer
If you are looking to catch some big fish this season, read on! Fly Fishing Expert Joseph Smith details everything you'll need to know about streamer fishing.

What Fly Fishing Accessories Do You Need?
Fly Fishing Expert Robert Levin gives a few suggestions for extras to bring along on your next fly fishing trip in addition to your rod, reel, and flies.

Expert Review: Temple Fork Outfitters Axiom 2-X Fly Rod
This review is my honest opinion of the fly rod, which I purchased with my own money in February of 2021.

The Most Exciting New Gear from Pure Fishing for 2022
Fishing Expert Kevin Frost recently attended ICAST, the world's largest sportfishing show. Below he walks us through three exciting new products from Pure Fishing!