How to Tie a Wooly Mantis Fly

Follow along with Fly Fishing Expert Robert Levin as he ties a Wooly Mantis, the perfect saltwater fly.

For those of you who have been following along with this fly tying project, you have reached a milestone! By now, you will have been introduced to the basic techniques for assembling a fishing fly. You have used an assortment of common materials and have dealt with their anomalies.

The fly we are going to tie here next uses some of these new cutting edge materials. It is a saltwater pattern but the techniques and materials can be used universally. A closeup image of the new materials are included here in each step of the article. The video below will show how each of these are used in tying the fly.

Let’s get started with the Kendrick’s Wooly Mantis!

The first thing you will notice about this fly is the unusual shape of the hook. There are a number of patterns where hooks are pre-bent to help provide a particular profile. Additionally, this fly uses weighted eyes. These types of eyes are available from a variety of sources. Some eyes are quite detailed and their cost reflects that. You can find a basic version in fly tying material kits that will do the job—reach out to a Fly Fishing Expert on Curated for more information!

The first step for this fly uses a technique called “dubbing”. This is the process of applying some fibers to the tying thread and then winding the thread onto the hook. When a small amount of fibers are being used, it is typically easiest to pull out a short string of some of the fibers and place them against the thread and rub the two together between the thumb and forefinger. This winds the fibers around the thread, and the fibers are held in place when the thread is wound around the hook shank.

Where more fibers are needed a dubbing loop is created. A loop is formed by doubling a length on the tying thread back on itself. A portion of fibers are distributed between the two threads and the loop is spun. This captures the fibers and holds them in alignment as the double thread is wound on the hook shank.

One last note on dubbing: some folks apply a small amount of sticky wax to the thread before winding the fibers on. If you want to try this, the ultimate substance for doing so is hairpiece adhesive. This was shown to me by a barber who is also a fly fisher!

The next step is creating a tail for this fly. We used a feather called Marabou for doing this on the Woolly Bugger fly. The drawback for Marabou is that since it’s a natural substance, the correct size fibers have to be separated from the feather and the process is messy. Marabou fibers will be floating around your tying bench for several days!

Instead, a product called Pseudo Hair is used on this fly. It is basically a synthetic animal skin. You have to separate the “under fur” from the longer fibers to make the tail, but the individual fibers behave much better than Marabou fibers do, and you won’t be dealing with the “floaters.” The video will clearly demonstrate how to handle this new material.

Next, use a brown permanent marker (like a Sharpie) to place three bands along the tail you have just tied in. Next, run the thread up to about ¼-inch from the eye of the hook. You will now tie one of the dumbbell-shaped double pupil eyes onto the hook shank. Lay the eyes across the top of the hook shank and make a few wraps with the thread. Then, reverse the side you are wrapping from with a few wraps. This will allow the eyes to be perpendicular to the hook shank. Continue with crisscross wraps and figure-eight wraps, adjusting the eyes as necessary. When finished wrapping, place a few drops of head cement on the wraps.

Continue building the body of the fly. You will use a dubbing loop to do so, as mentioned earlier. For a visual example of the dubbing loop, I suggest watching the video!

Now, you’ll be placing legs on your mantis shrimp. Rubber legs have been used for many years on fly patterns. The wiggles and loose motions these make in the water help create the simulation of a living creature. They come in many sizes and colors, like so many of the materials we use. Follow the procedure shown in the video for the correct placement of the legs on the body. They are tied in about 3/8-inches behind the eyes.

This step uses a relatively new material called a brush! It is an EP Wooly Critter Brush 0.5” to be exact. The EP is for Enrico Puglisi, a fly creator whose skills are second to none. The synthetic fibers his firm offers are a mainstay in the fly tying world, especially for saltwater flies. This material is like a premade dubbing loop but the core is stainless wire, not thread. It is used here to create a collar on this fly.

Because of the wire, don’t use your good scissors to cut this material! Instead, use small wire cutting pliers or an old pair of scissors if you have nothing else.

The last step is to create and tie on a weed guard. There have been many designs for weed guards—most tend to block the bend of the hook from any vegetation it may encounter in the water as it is retrieved. The downside to this is that the guard can sometimes bounce the hook away from the fish and there will be no hookup. The weed guard here is an open V that helps eliminate a missed hookup.

You have now been introduced to some of the latest material developments for fly tying and a new saltwater pattern! You might be wondering, do I need to buy a material kit for other fly patterns I want to try? I suggest checking to see if there are any fly fishing clubs in your area. In most clubs, members exchange flies or “trade” flies they have a surplus of. If you are tying 25 flies from your material kit, other members who may have bought a different material kit are going to be willing to trade some of theirs for some of yours. You will also want to research the patterns that are productive in the places you fish and for the species you want to target. Then, message a Fly Fishing Curated Expert! They will be happy to help you get the materials you need to tie some of those patterns.

If you are already looking forward to tying more, just accept the fact that you are now hooked on fly tying! Welcome to the fly tyers community!

Robert Levin
Fly Fishing Expert
I have been an avid fisherperson since my teenage years. Caught the bug from my dad who fished exclusively with a fly rod. Not that he ever fished with a fly on that rod, he trusted the weight of the fly line as it would not break when he pulled a five foot Chain Pickerel out of the lily pads in the...
View profile

Making the Most of Your Fishing This Summer
Looking for some summer fishing inspiration? Fishing expert Christian Nelson shares some of his favorite experiences so you'll have a summer full of fish and fun.

How to Become a Better Angler
Fishing Expert Christian Nelson shares some tips on how to improve your time on the water so you can confidently catch more fish.

How to Take Your Kids Fishing
Taking your kid fishing allows you to spend time together making memories. Fishing Expert Christian Nelson shares his best suggestions for you and your children.

How to Improve Your Fly Casting with Jon Cave
Looking to refine your cast? Fly Fishing teacher Jon Cave covers the basics and shares his tips and techniques on how to achieve an expert cast.

Catch of the Day: How to Clean and Cut Your Catches
Cleaning your fresh-caught fish for a tasty dinner can be a seemingly complicated task. But the steps in this guide should make your first clean a breeze!

How to Introduce your Child to Fly Fishing
Looking to teach your child how to fly fish? Fly Fishing expert Danny Mooers shares how to create the perfect day on the water for both of you.

How to Fish for Trout
Want to improve your chances of catching beautiful trout? In this article, Fishing Expert Rachel Hannan shares all of her trout fishing suggestions.

A Guide to Inshore Kayak Fishing
Fishing Expert Christian Nelson knows that inshore kayak fishing can be intimidating, but it's also a great time, so this handy guide aims to make it easier.

How to Start Fly Fishing
Entering the world of fly fishing can be intimidating, so Fly Fishing expert Danny Mooers breaks down the basics you need to know in order to get started.

How to Catch Sunfish: A Guide to the Easiest Fish to Catch
As the most common gamefish in North America, sunfish are easy to catch, so Fishing expert Christian Nelson lays out everything you need to know about catching them.

How to Repair Your Leaky Waders
If you are an avid angler, chances are, sooner or later, your waders will start to leak. Be ready for that day with these tips from Fly Fishing Expert Joseph Smith!

Expert Review: Orvis Clearwater LA II Fly Reel
This review is my honest opinion of the reel, which I purchased with my own money in May of 2018.

Expert Review: Shimano Curado DC Casting Reel
This review is my honest opinion of the reel, which I purchased with my own money in April of 2021.

An Expert Guide to Choosing a Baitcasting Reel
Curated Fishing expert Joe M. uses his engineering background to help you find the perfect baitcasting reel for your unique style of fishing.

The Most Underrated Fishing Lure of All Time: The Twister Tail Grub
Fishing expert Alex Johnson goes over gear considerations, rigging tips, and fishing techniques so you can utilize this amazing lure and have some fun on the water! 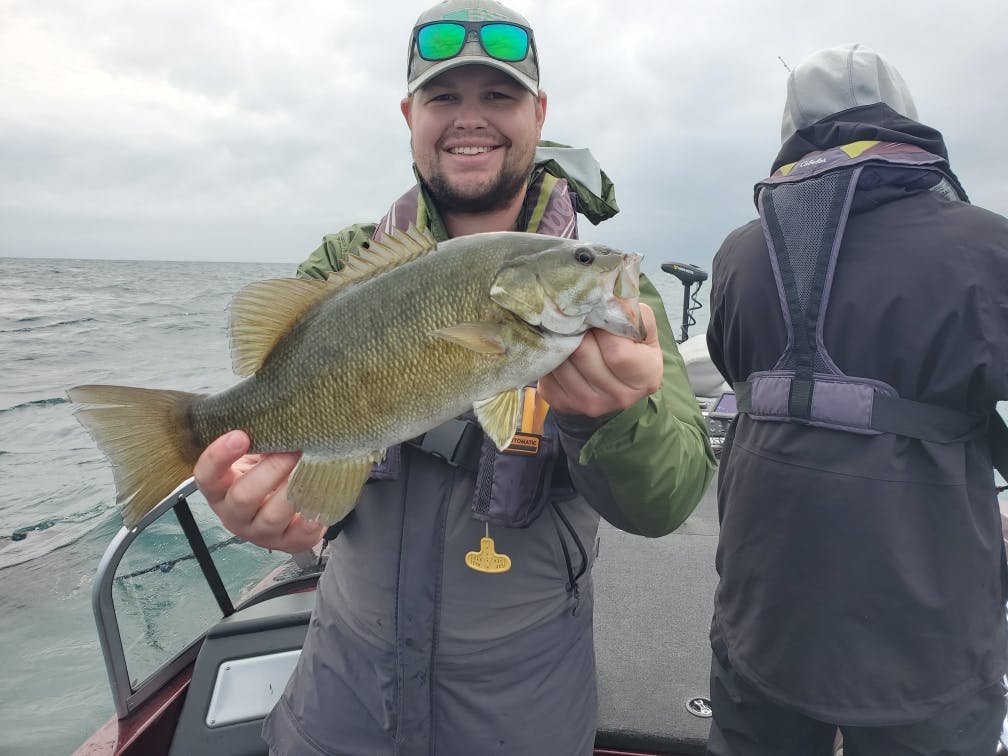 How to Catch Smallmouth Bass
Fishing Expert Alex Johnson details everything you'll need to know to land the elusive, yet exciting smallmouth bass this upcoming season!

How to Take Care of Your Fly Fishing Gear
Fly Fishing Expert Robert Levin explains how to best care for your fly fishing gear so you're able to get the most use out of it.

An Expert Guide to Saltwater Fishing Lures
From the best soft plastics to the most enticing topwater baits, Fishing expert Christian Nelson shares his list of top-performing saltwater baits.

An Expert Guide to the Best Trout Streams in the U.S.
Whether you're just getting into the sport or a seasoned veteran - this guide will be sure to offer some new ideas of streams to toss a few casts in this season!

How to Plan Your First Offshore Trip
Fishing Expert Christian Nelson shares all the necessary planning for your first offshore fishing trip so you'll be prepared and ready for fun!