Your Guide to Nordic Skiing at the 2022 Winter Olympics

Want to see cross-country athletes skate at shocking speeds? Follow along with Ski Expert Alex K. as she shares the nordic events to see and the athletes to watch.

Forget all of your preconceived notions about cross-country skiing, aka nordic. That sport you’re equating to grannies shuffling at snail speed? You couldn’t be more wrong.

At the Olympic level, nordic is an extremely fast-paced, highly technical, ski-racing sport that requires some of the fittest athletes in the world to push their bodies to their absolute limits while competing head to head. With skinny skis that are just 41-44mm wide, ultralight poles, and tons of strength and stamina, cross-country skiers race uphill, downhill, sprints, marathon distances, and everything in between at blistering speeds.

There’s a ton of strategizing involved, from race tactics to wax precision to produce the fastest skis possible on a given day. It’s a whole team effort, and for years, the U.S. Cross Country Team was hardly a threat to the Scandinavian powerhouses that have historically dominated the sport.

That all changed at the 2018 Winter Olympics in Pyeongchang, South Korea, where Americans Jessie Diggins and Kikkan Randall teamed up to win the team sprint, ahead of Sweden and Norway. It was the first Olympic gold for the U.S. team in cross-country skiing, topping the previous best of silver, which Bill Koch earned in the 30-kilometer distance at the 1976 Olympics.

While Randall has since retired, Diggins, now 30, is back and one of the biggest medal favorites at the 2022 Beijing Winter Olympics. Last year, the Minnesota local became the first American woman and second-ever American to win the overall World Cup (Koch won it in 1982). She not only claimed the overall title, but she won the distance World Cup as well. In Beijing, she’s expected to compete in most of the six women’s events on the docket and has a medal chance in every single one, except maybe the 10k classic.

Diggins isn’t the only threat on the U.S. team. Another team veteran, Rosie Brennan, 33, finished fourth in both the overall and distance World Cup standings last year. She and Diggins will likely team up with Hailey Swirbul and Julia Kern for the women’s 4 x 5k relay, where even with two Olympic rookies, they have a very real shot at a medal.

On the men’s side, 21-year-old JC Schoonmaker has the potential to get some TV time in the skate (aka “freestyle”) sprint, with two top-10 individual (non-relay) finishes in World Cups this season. Then there’s team veteran Scott Patterson, 30, who placed 21st or better in Pyeongchang’s three distance races, including 11th in the ultimate distance event: the 50k classic.

So set your DVR, because there’s a 13- to 18-hour time difference to Beijing, depending on where you live in the U.S., or stay up to tune into races that start late at night or well after midnight at the upcoming Olympics which run for the next two weeks.

The nordic events will be held at the National Cross-Country Skiing Center in Zhangjiakou (where freestyle skiing and snowboarding will also be contested) about 140 miles northwest of downtown Beijing.

The cross-country course is a grueling one that was designed by John Aalberg, a Norwegian-born American skier and Olympian who designed a very similar racecourse at Soldier Hollow near Park City, Utah, for the 2002 Salt Lake Olympics. The Zhangjiakou and Soldier Hollow courses are also situated at nearly identical elevations around 5,500 feet above sea level—which makes them even more gut-busting for athletes going all-out in this incredibly aerobic (and often anaerobic) sport.

There’s also an issue with the lack of snowfall in Zhangjiakou. The trails were built on an arid plateau nestled high in an open valley, which is known for frigid temperatures well below zero, high winds, and even sandstorms. The area only receives a few inches of natural snowfall each year, so machine-made snow is a must, but it’s extremely difficult to make due to the dryness of the climate and lack of water in the region. The area is so dry that snow actually evaporates or blows away as it’s made, requiring snowmakers to produce wet, sticky snow that is heavily compacted by grooming.

However, sandy, old, artificial snow and brutally cold temperatures aren’t a new problem: Olympians experienced the same issues in Pyeongchang four years ago. At least for the next week, temperatures are expected to be tolerable, in the teens and mid-20s (not factoring in wind chill), before dipping down to the single digits and below zero during the second week of the Games.

Aside from rooting for Diggins (duh!), there are several other world-leading skiers worth keeping a close eye on. Norway’s Therese Johaug, who missed the 2018 Olympics due to a suspension, has been gunning for these Olympics ever since. She’s the gold-medal favorite in all of the women’s distance events and is a particularly exceptional classic skier. It’s the Norwegian way!

Just like the rest of the athletes, she’ll be fighting to stay healthy and Covid-19 free. The virus recently infiltrated the Norwegian team, taking out two distance favorites, Heidi Weng, for most, if not all, of the Olympics, and Simen Hegstad Krüger, a double gold medalist in Pyeongchang (skiathlon and men’s 4 x 10k relay), who hopes to be able to race the Beijing 50k.

For now, Norway’s leading man, Johannes Høsflot Klæbo, coming off three golds in PyeongChang (classic sprint, team sprint, and relay), is reportedly healthy. As the men’s overall World Cup leader, he’ll have a target on his back. His teammate Hans Christer Holund will be hunting medals in the distance races, particularly the skiathlon.

Russia’s Natalya Nepryayeva is currently leading the women’s overall World Cup after winning the six-stage Tour de Ski in Switzerland, Germany, and Italy in late December/early January. Alexander Bolshunov is the top Russian on the men’s side and a favorite in the classic distance events.

Sweden’s Frida Karlsson is leading the women’s distance World Cup at the moment, ahead of Johaug and Weng, and her teammate Ebba Andersson isn’t far behind in fourth. Both are top contenders for the distance races, along with fellow Swedes Maja Dahlqvist—who’s won every World Cup sprint she’s entered this season—and Jonna Sundling in the sprint races.

Finland has a couple of standout racers as well: Iivo Niskanen, the defending 50k classic Olympic champion who also won gold in the classic team sprint at the 2014 Olympics, and Krista Pärmäkoski, a threat in any classic distance race, including the skiathlon.

For more specifics, FasterSkier does a fantastic job covering the Olympics and all things nordic related, including nordic combined (ski jumping + cross-country ski racing) and biathlon (skate skiing + target shooting). They’ve outlined how to watch the races, live or on-demand, as well as medal predictions for each event.

And if you’re feeling totally inspired after watching these athletes kick, glide, and stride with incredible grace and power, be sure to chat with one of our Winter Sports Experts who can help you find the right gear for channeling your inner Olympian on the trails!

Alex K.
Ski Expert
Growing up in New Hampshire's White Mountains, I started downhill skiing at age 2 on Bode Miller's home turf, Cannon Mountain, in Franconia Notch. Around age 10, my family and I moved to Lake George, N.Y. There, I followed my parents' lead and got into all types of skiing -- including alpine and cro...
View profile

The Difference Between East and West Coast Skiing
If you've ever skied or snowboarded, you've likely heard someone talking about East Coast vs. West Coast skiing. What's the difference? Keep reading to find out!

Beginner Cross-Country Ski Tips for Nervous Novices
Want to start cross-country skiing but feel like you don't know enough? Ski Expert Alex K. breaks down everything you'll need to know before your first time out!

Freeride World Tour 2022: Event One - Highlights
This stop at Baqueira Beret was one for the record books. Follow along with Ski Expert Mike Dobson as he covers the major skiing moments of the Freeride World Tour.

Freeride World Tour 2022: Event Five - What to Look Out For in Skiing
It's the final stop of the 2022 Freeride World Tour, and Ski Expert Mike Dobson covers what to expect and who to keep your eye on in Xtreme Verbier.

Freeride World Tour 2022: Event Two - What to Look Out For
Event Two of the FWT is upon us! Follow along with Ski Expert Mike Dobson as he overviews the conditions at Ordino-Arcalis and flags the skiers to keep an eye on.

First-Year Olympians: Say Hello to These New Faces on the U.S. Alpine Team
Curious about the newbies on the U.S. alpine team? Join Ski Expert Tess Hollister as she welcomes and intros the new skiers to the 2022 Winter Olympics.

What to Expect: COVID-19 & the 2021-22 Ski Season
With the snow falling and ski guns pumping, all eyes are shifting towards the second full ski season under the cloud of the COVID-19 pandemic.

Expert Review: Lange XT3 130
This review is my own honest opinion of the ski boots, which I bought with my own money in January 2021. 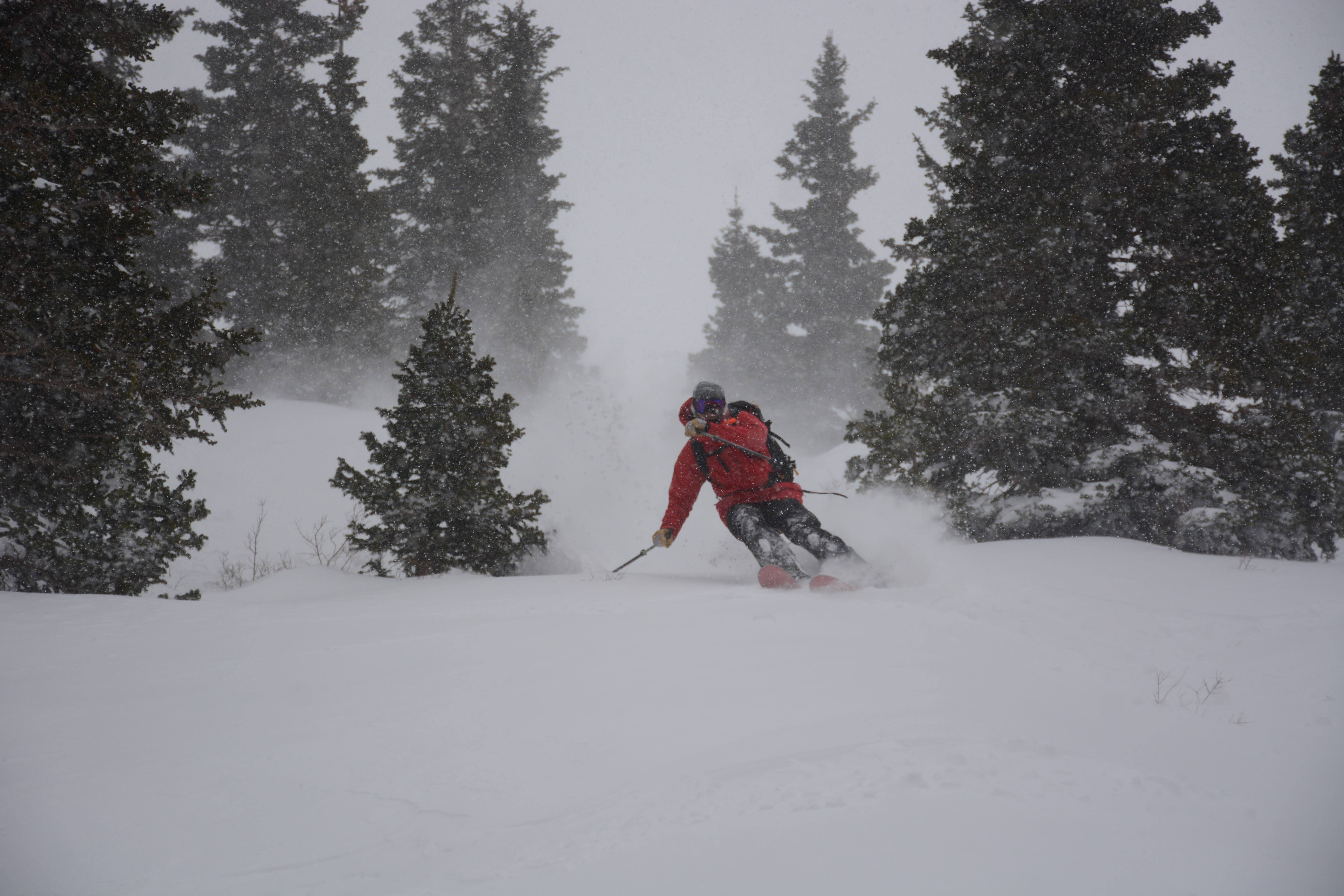 Expert Review: Atomic Hawx Prime XTD 120 Tech GW Ski Boots · 2021
This review is my honest opinion of the ski boots, which I purchased with my own money in December of 2021.

An Expert Guide to Ski Backpacks
Ski Expert Hunter R. details the features that set ski backpacks apart from other backpacks and gives a few recommendations for the best ski backpacks on the market! 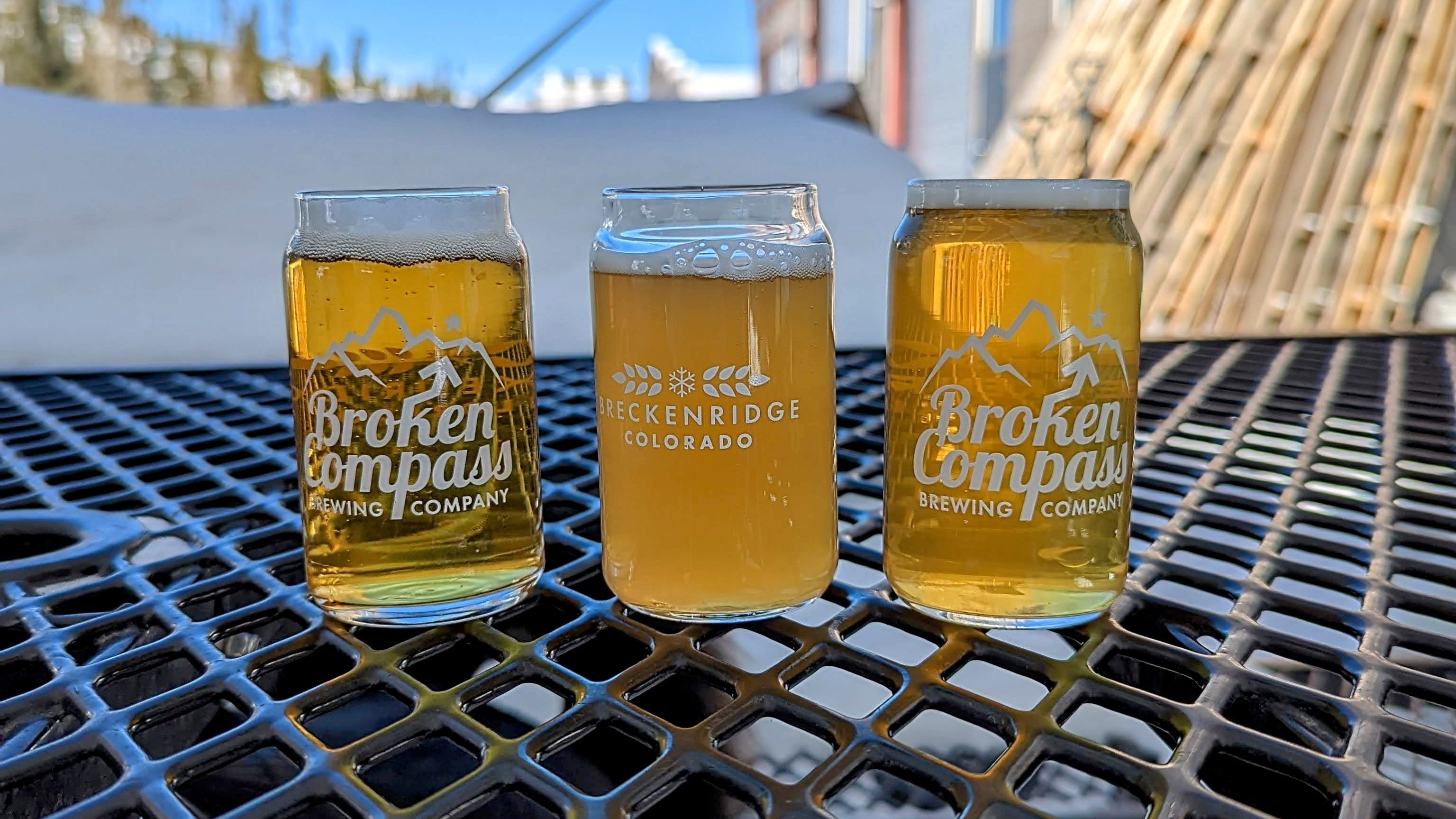 The Best Après Ski Spots in Colorado
Planning a ski trip to Colorado and wondering where to go after skiing? Ski Expert Lauren Dobbins gives her top après spots to visit once you've finished on the slopes.

An Expert Guide to Skiing & Snowboarding at Mt. Hood
Considering a trip to Mt. Hood? Learn more about this PNW dream from Snowboard Expert Gaelen Mast. From what to pack to on-mountain tips, he breaks it all down for you.

Expert Review: Arbor Shiloh Camber Snowboard · 2022
This review is my honest opinion of the snowboard, which I purchased with my own money in November of 2021.

Expert Review: Outdoor Research Carbide Sensor Mittens
This review is my honest opinion of the mittens, which I purchased with my own money in December of 2021.

An Expert Guide to Skiing and Snowboarding in Vermont
If you're planning a trip to Vermont this winter, make sure to check out this guide to the top ski and snowboarding resorts in the Green Mountain State.

Expert Review: Atomic Backland/Salomon MTN
This review is my own honest opinion of the ski bindings, which I bought with my own money in November 2017.