Kings and Queens of Corbet’s 2022 - Highlights in Skiing

Missed the action in Jackson last week? Follow along with Ski Expert Kat Smith as she covers all the excitement that went down at the 2022 Kings and Queens.

The 5th annual Kings and Queens of Corbet’s was successfully completed on Thursday, February 17th. This year’s competition was held under challenging conditions, since much of the United States’ West has below-average snowpack. The few new inches of snow that fell earlier in the week did little to provide a soft landing, so with slick and hard conditions, skiers were forced to try different and more cautious approaches into the couloir than in years past. Although there were no double backflips off the cornice this year, the 23 competitors, who were a combination of skiers and snowboarders, men and women, pros and amateurs, rallied together and overcame the variable conditions, showing off plenty of big air and creative tricks both entering the couloir and on the man-made jumps throughout the run!

Results of the competition were announced at an awards ceremony on the evening of Friday, February 18th. The King and Queen are chosen by the athletes themselves, and judging criteria includes creativity as well as execution. The competitors gathered together after the competition to watch footage and score each run out of a possible 10 points, with the total score combined for each run determining the rankings. And for the first time ever, viewers had the chance to put in their two-cents and vote for the People’s Choice Award!

On the women’s side, the skiers dominated the field. In her first ever Kings and Queens of Corbet’s, Piper Kunst took the title of Queen. Her first run featured a smooth entry into the couloir, which was elusive for many this year due to the variable conditions, and a huge backflip on the “Crowd Pleaser” man-made jump at the bottom of the course. Skiers Juliette Willmann and Molly Arman took second and third place, respectively.

For the men, the top skier was Parkin Costain, who took third place behind snowboarders Hans Mindnich, who took the title of King, and Yuki Kadono, who finished second. Costain previously won the title in 2020.

Feeling inspired after watching the epic competition? Reach out to a Curated Winter Sports Expert to get recommendations for all the gear you need to perfect your own big air tricks!

Kat Smith
Ski Expert
Growing up skiing in Stowe, Vermont, I learned to high speed cruise on fresh cuordoroy, chase my older brother through the trees and glades, make my turns tight and quick on moguls, and drop into a steep and narrow double black diamond. When my Dad took me on a trip "out West" for the first time whe...
View profile

X Games 2022 Skiing - What to Look Out For
Looking forward to the 2022 Winter X Games? Ski Expert Allie Staffen goes over a breakdown of the events, the must-watch skiers, and when and how to watch the games. 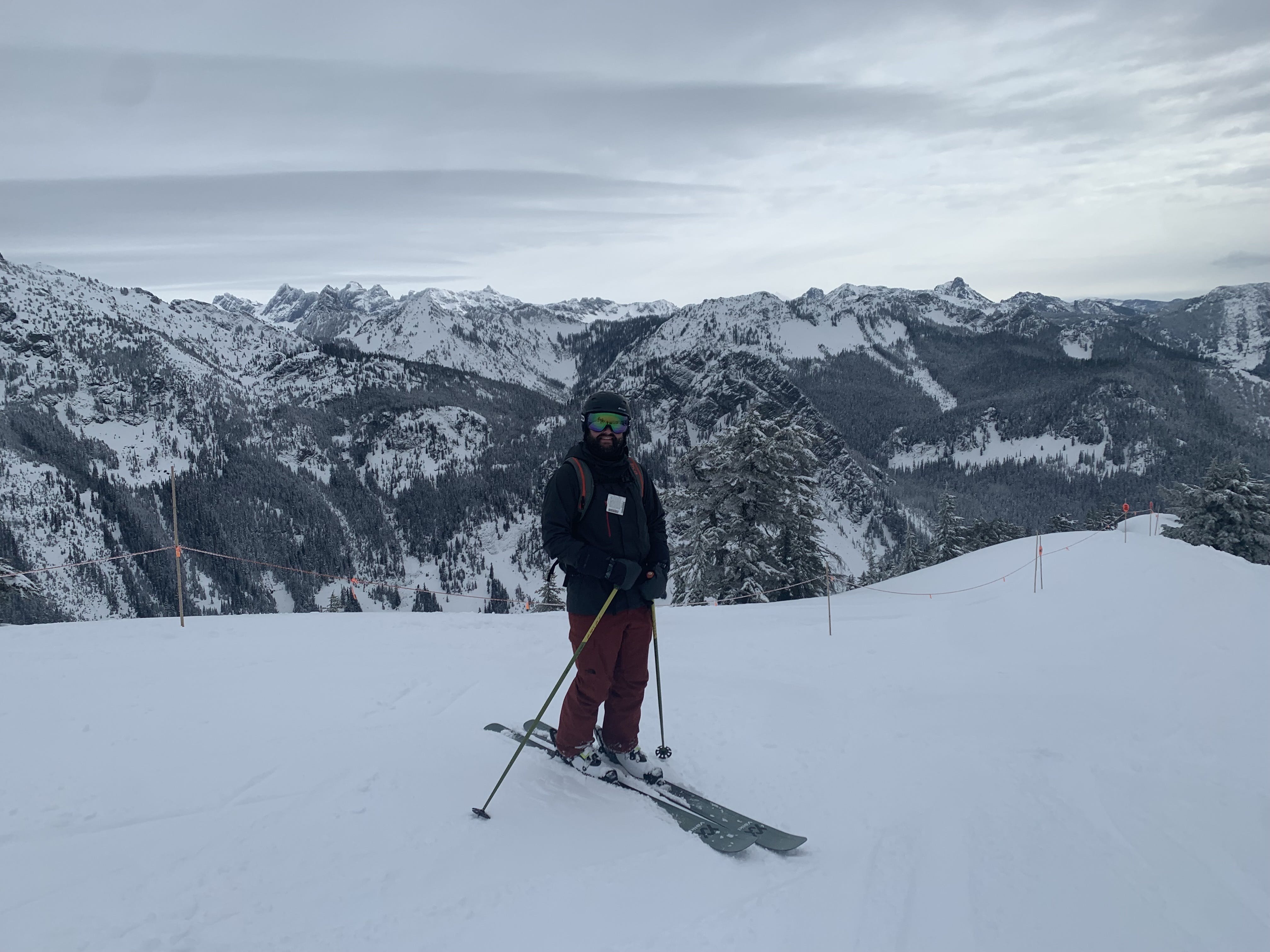 Expert Review: Völkl Mantra 102 Skis · 2022
This review is my honest opinion of the skis, which I bought with my own money in December 2021.

The Difference Between East and West Coast Skiing
If you've ever skied or snowboarded, you've likely heard someone talking about East Coast vs. West Coast skiing. What's the difference? Keep reading to find out!

An Expert Guide to Skiing & Snowboarding at Mt. Hood
Considering a trip to Mt. Hood? Learn more about this PNW dream from Snowboard Expert Gaelen Mast. From what to pack to on-mountain tips, he breaks it all down for you.

Freeride World Tour 2022: Event Two - What to Look Out For
Event Two of the FWT is upon us! Follow along with Ski Expert Mike Dobson as he overviews the conditions at Ordino-Arcalis and flags the skiers to keep an eye on.

Winter Olympics 2022 Skiing - What to Look Out For
The 2022 Winter Olympics are here! Ski Expert Theo G. overviews the skiers to watch and the must-see events so you can stay on top of your Olympic viewing.

Freeride World Tour 2022: Event Three - Highlights in Skiing
The venue might have changed for Stop Three, but the skiing was as good as ever. Get the full rundown with Ski Expert Mike Dobson as he covers the Freeride World Tour.

Should You Ride Soft or Stiff Snowboard Bindings?
It's important to make sure you get a snowboard binding with a flex that matches the kind of riding you want to do. Snowboard Expert Gaelen Mast explains how to choose.

Winter Olympics 2022 Skiing - What to Look Out For
The 2022 Winter Olympics are here! Ski Expert Theo G. overviews the skiers to watch and the must-see events so you can stay on top of your Olympic viewing.

How to Pick the Best Park Ski for You
The first step to dialing in your tricks in the terrain park is to dial in your ski setup! Ski Expert Jake Renner details what to look for when choosing a park ski.

Expert Review: Helly Hansen Men's Ridge Infinity Shell Jacket
This review is my honest opinion of the jacket, which I purchased with my own money in August of 2020.

Patagonia Women's Powslayer Bib Pants
This review is my honest opinion of the snow pants which I purchased with my own money in November of 2019.

What to Look for in Skis if You're a Surfer
If you're an avid surfer looking to get into skiing, check out this guide to see what characteristics in skis will make for an easier transition to the sport!

Expert Review: The North Face Women's Sally Pants
This review is my honest opinion of the pants which I purchased with my own money in January of 2020.

Expert Review: DPS Pagoda Tour 112 RP Skis · 2022
This review is my honest opinion of the skis, which I purchased with my own money in December of 2021.