If you're getting serious about at-home espresso-making, you're going to want a prosumer espresso machine! Learn more about the features to look for in your machine.

Where I roast coffee, there is a cafe next door with everything required to make amazing shots of espresso and exquisitely crafted milk drinks. I pull my shots every day on a beautiful handmade Synesso Espresso Machine (soon to enter the prosumer market!). Making my espresso at home on a plastic domestic espresso machine doesn’t appeal to me.

Any home barista worth their weight wants the best gear for the job. So if the art of extracting the perfect espresso is your thing, then a prosumer machine is for you. They take the build quality and professional components from commercial machines and shrink them down to fit into your home or office.

A type of semi-automatic espresso machine, baristas grind, distribute, tamper and control the timing of the extraction on these prosumer machines. They are more expensive, but you get quality that lasts for years and features for the ultimate control of your coffee extractions. In the world of prosumer machines, there are distinct features that affect espresso quality. Some models offer more than others.

A major difference between high-quality semi-automatic machines is their internal boilers. Some offer a heat-exchange boiler system that simultaneously operates the steam wand and the extraction. It achieves this through a large boiler with two chambers. One is kept hot enough to produce steam. The other maintains a lower temperature and circulates through the group head to produce water for the extraction.

Compared to a single boiler system where you have to wait between using the steam wand and pulling an extraction, a heat exchange system ensures your milk is at the proper temperature when mixing drinks like lattes. Some machines give the internal boiler a wrap of insulation. This minor detail means even more stable and consistent temperatures.

Internal boiler temperature is controlled by a thermostat or a PID system. PID stands for “proportional integral derivative.” This system uses an algorithm to maintain temperature stability within one degree of optimal at all times. Machines that use a conventional thermostat vary as much as 10 degrees when idle.

A heat exchange system without a PID requires a second flush of the group head after sitting for over 20 minutes. Dual boiler machines, which we’ll cover shortly, don’t require this additional step. PID systems are controlled by a dial somewhere on the machine or via a digital display that often includes an extraction timer.

Digital displays are more convenient if you make your espresso with different coffee roasts. Each level of roasting requires a different extraction time to get the best flavor.

Dual-boiler espresso machines are standard for most commercial and prosumer machines that don’t have a heat exchange system. A dual-boiler system, as the name suggests, has two separate internal boilers. One controls the steam power, and the other operates solely for the extraction.

This technology produces the most consistent temperatures. Each boiler has an independent PID controller system, one for extraction temperature and the other for the steam boiler, perfect for dispensing hot water for Americanos or tea.

Group heads in prosumer machines are a vital part of what dictates extraction temperature consistency. The three main types of group heads in the consumer market are electric, E61, and fully saturated.

Electric group heads are found in machines like the Bazera BZ10. They are rarely used in the prosumer market but allow for faster heat-up time, which is important to some. However, they don’t regulate temperature consistently, like an E61 or a fully saturated group head.

Most prosumer machines use an E61 group head created in 1961 by Ernesto Valente. It first appeared in the Faema E61 espresso machine and was named after a solar eclipse that occurred that same year. It is internally constructed of solid brass enclosed by stainless steel and accommodates a 58mm portafilter—the industry standard. The E61 is controlled by a pull lever that releases water through the group head. When it’s pulled completely open, it releases 9 bars of flow pressure.

Some brands offer fully saturated group heads that provide even more control than an E61. They take temperature control to the next level. As the name dictates, the entire group head is submerged in water pumped directly from the boiler. One can think of the group head as an extension of the boiler itself. Its constant immersion ensures that no external factors create temperature variations. A saturated group head heats up faster than an E61, another advantage.

Some machines come pre-programmed with multiple options to saturate the espresso puck. This allows for the best extraction before 9 bars of pressure are applied and can vary in both time and the amount of pressure for the pre-infusion process.

Some premium prosumer machines also control post-infusion. This regulates the last few seconds of espresso extraction, the period when the less ideal characteristics of the coffee are pressed out. This is essential to balance out the intensity of the shot in a controlled manner.

The beauty of high-end prosumer products is the wide range of options available. Some target performance, while others are simply aesthetic or make life easier. One feature to look out for on many of these machines is a magnetic drip tray. It may be minor, but it assures everything is where it should be when it’s time to pull the shot.

Steam wands also have subtle feature differences. All Rocket Espresso Machines come with an anti-burn steam arm. Some assume that simply not grabbing the steam arm with your bare hands during use is common sense. I don’t disagree, but the more important aspect of the feature is that milk won’t stick to the arm, which makes it easier to clean.

A new option appearing in espresso machines is Bluetooth connectivity. Now you can control every aspect, such as boiler temperature, machine statistics, pre-infusion, turning the machine on or off, or setting up a brewing schedule from your smartphone.

Most prosumer machines come with accompanying accessories such as a high-quality portafilter, stainless steel tamper and steaming pitcher, cleaning detergent, and a water testing kit.

If you want to wake up and push a button for a morning cappuccino, then a super-automatic machine or something with the ease of use of a Nespresso might better suit you. If quality extractions of your delicious gourmet, custom-roasted coffee beans at home are essential, then a prosumer machine is ideal for you.

For help picking out a prosumer machine, talk to your Coffee & Espresso Expert!

5.0
Jeff Sutton
Coffee & Espresso Expert
Jeff here! How can I help?
Like this article?
Share it with your network
Written By

Jeff Sutton
Coffee & Espresso Expert
After Graduating from Michigan State University with a degree in supply-chain management I moved west to the Colorado mountains in order to take the road less traveled. I started my western experience working in the ski industry. I opened and managed a demo ski shop for 8 years in Telluride, Color...
View profile

How to Buy the Best Espresso Machine for You
There are a lot of options on the market when it comes to espresso machines! Here are the main types of machines and what to look for in each!

An Expert Guide to Ascaso Espresso Machines
If you're looking for a top-quality espresso machine, Ascaso is a can't-miss brand. Coffee and Espresso Expert Hannah Ramsey walks us through a few of their models below!

What Is Espresso and What to Look for in the Perfect Shot
Check out this guide for a breakdown of all the steps that go into a perfect shot of espresso, as well as some tips to make sure you get the perfect shot every time!

Expert Review: Rocket Espresso Appartamento Espresso Machine
This review is my honest opinion of the espresso machine, which I tested for 25 days in July of 2022.

How to Make Espresso: A Complete Guide
If you are looking to start making your own espresso drinks at home, this is a must-read! Coffee Expert Jeff Sutton details all the steps you'll need to follow for the perfect shot.

An Expert Guide to Philips Espresso Machines
Philips is a well-trusted brand of fully automatic espresso machines that don't break the bank! Read on for more info about their machines and most popular models!

An Expert Guide to Breville Espresso Machines
If you are considering purchasing an espresso machine, but aren't sure which one is right for you, check out these seven options from Breville!

How to Buy an Espresso Grinder for Your At-Home Brew Bar
A grinder is necessary if you want to start your mornings right with a fresh shot of espresso! But how do you pick the right one? We break it down here.

Expert Review: Breville Barista Express Espresso Machine
This review is my honest opinion of the espresso machine, which I purchased with my own money in December of 2020.

Expert Recipe: The Best Espresso Martini
Coffee & Espresso Expert Matthew W. shares how to add a little zing to the evening with a classic espresso martini, plus some alternative recipes to try!

How to Make Latte Art at Home
Looking to up your home barista game with some fun latte art? You're in the right place! Here's everything you need to know to get started and a few easy designs to try!

An Expert Guide to Ascaso Espresso Machines
If you're looking for a top-quality espresso machine, Ascaso is a can't-miss brand. Coffee and Espresso Expert Hannah Ramsey walks us through a few of their models below!

Knowing Your Macchiato from Your Mocha: The Different Types of Espresso Drinks
Ever been confused by the differences between all the various espresso drinks? Coffee & Espresso Expert Matthew W. breaks it all down so you can find your favorite.

5 Easy Ways to Re-Purpose Your Coffee Grounds
Coffee & Espresso Expert Hannah Ramsey gives 5 genius ways to get a bit more life out of those leftover coffee grounds, plus a few bonus ideas!

Expert Review: Rancilio Rocky Grinder
This review is my honest opinion of the grinder, which we used at Curated Headquarters from November of 2017 through December of 2019.

An Expert Guide to De'Longhi Espresso Machines
De'Longhi is a well-known brand in the coffee and espresso machine world! Coffee Expert Jeff Sutton gives an overview of their eight popular models.

An Expert Guide to JURA Espresso Machines
Searching for an espresso machine that checks all your boxes? JURA has various models to fit your needs. Coffee & Espresso Expert Hannah Ramsey gives us the 411 below!

An Expert Guide to Nuova Simonelli Espresso Machines
Nuova Simonelli is one of the best espresso machine brands on the market. Check out this guide to learn more about the company and a few of its top machines.

How to Buy an Espresso Grinder for Your At-Home Brew Bar
A grinder is necessary if you want to start your mornings right with a fresh shot of espresso! But how do you pick the right one? We break it down here.

How to Make Latte Art at Home
Looking to up your home barista game with some fun latte art? You're in the right place! Here's everything you need to know to get started and a few easy designs to try! 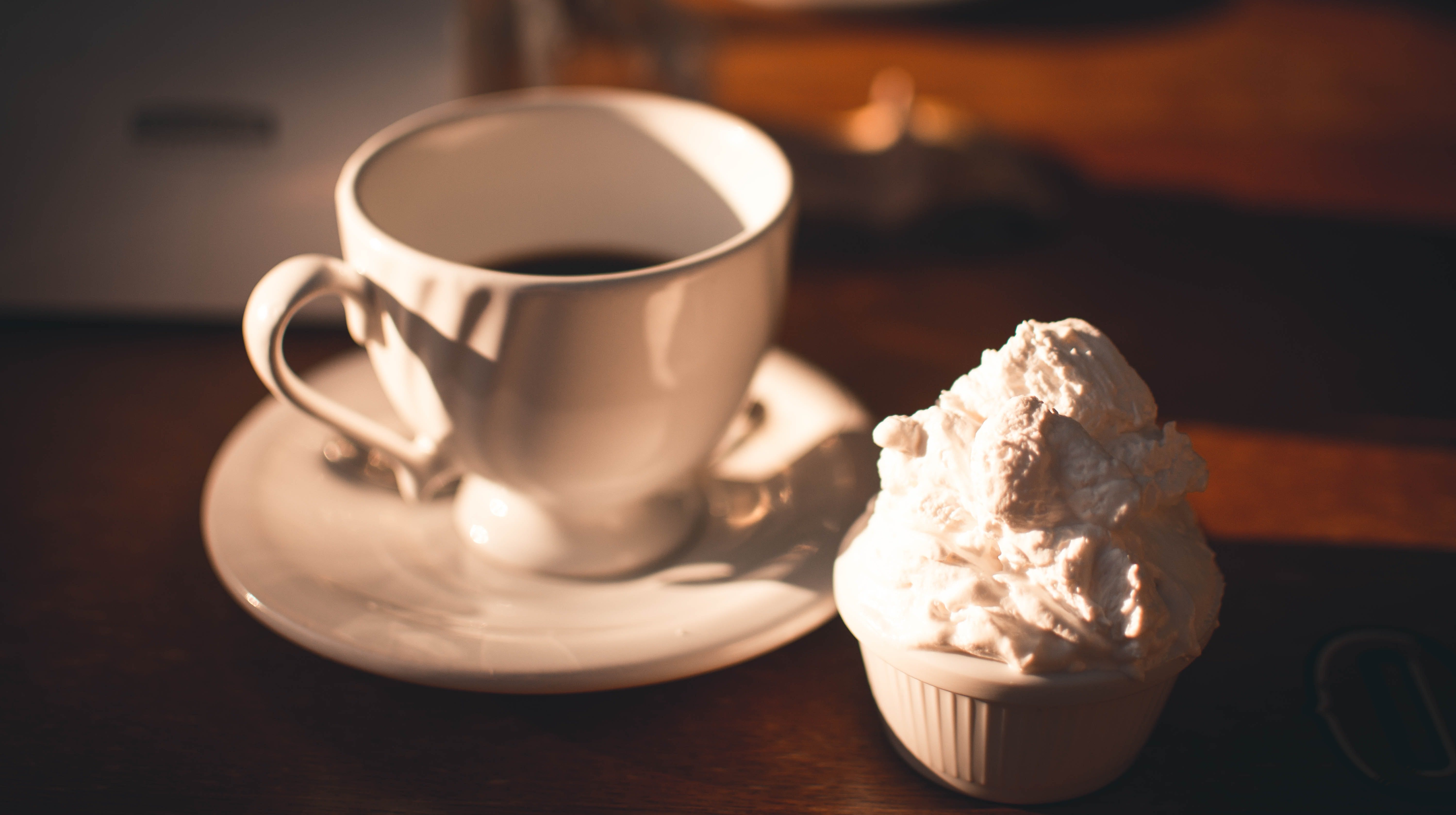