A Guide to Ski Profiles and How They Affect Your Skiing

Ski profile is one of the many factors you must decide on when shopping for skis. Ski Expert Gunnar O. breaks down all the profiles and what they mean for you!

There are many choices to consider when buying a new pair of skis. It can be overwhelming choosing between waist width, ski shape, core material, top sheet design, proprietary technology, and ski profile. This article hopes to simplify one factor we hear about most at Curated—ski profiles!

What Is a Ski Profile?

So what is a ski profile? The profile of the ski is its outline as represented from the side. Hold up a piece of paper and look at it from the edge so you can’t see its surface. That's the profile view of the paper. The same principle applies to skis. When you hold your ski so the edge is facing you, you are looking at the ski’s profile. Pretty simple, right?

So what are the different ski profiles? This question gets convoluted pretty quickly, but there really are only two fundamental shapes incorporated in ski profiles, camber and rocker. These two shapes refer to the arch direction of the ski.

Camber refers to the traditional shape of a ski's underfoot that bows away from the snow at the apex of the curve. Think of a frown. Of course, there is still some bend in the opposite direction at the tip of the ski, but for illustrative purposes, let’s imagine the ski is shaped like a frown when on a flat surface.

Rocker is a recent shape incorporated into skis that bows towards the snow at the apex of the curve. This time, think of a smile. Many of today’s skis that incorporate some rocker into their profile are not fully rockered. But again, for visual conception, let’s imagine the ski is shaped like a smile when on a flat surface.

Now, back to the paper analogy. Bending the paper downwards makes rocker and bending it upwards makes camber. Keep in mind most skis don’t have just rocker or camber, but a combination of the two. The most common shape of a ski’s profile is a traditional camber.

A traditional cambered ski features mostly camber throughout the length of the ski with a slight upward bend at just the tip of the ski or both the tip and tail as pictured below:

This ski shape is most reminiscent of the frown analogy above. It has two main points of contact with the snow when unweighted. A cambered ski allows for the longest edge to connect with the snow out of all ski profiles. With a skier’s weight in the middle, flexing the ski into a turn, almost its entire edge is in contact with the snow. This is known as the effective edge.

Who should use a traditionally cambered ski?

A traditionally cambered ski is best for skiers who need extra edge grip and don’t expect to ski much fresh snow. These skis are best for racers, skiers who only ski groomed runs, and skiers in areas with primarily hard snow. They offer many benefits, such as quicker turn initiation and a longer effective edge for stability, control, precision, and a higher top speed.

Traditionally cambered skis are favored by slopestyle or park skiers who want the additional pop for jumps the camber provides. This shape of ski also gives the most feedback to the skier when flexed in a turn or preloaded for added pop.

A new school shape occasionally incorporated into skis is rocker. A rocker ski, also referred to as a reverse camber ski, looks like a water ski:

In most circumstances, this shape of this ski offers little effective edge when flexed in a turn on hard snow. Some skis of this style may also incorporate a shape that allows for edge contact, but that’s for another article. Just know that exceptions exist.

When unweighted, a reverse camber ski has one point of contact with the snow at its center. If you laid this ski on a hard surface and pushed the side of its tip, it would spin on its center like a top where it contacts the ground.

Because of this, a reverse camber ski is typically happier pivoting turns on harder snow. These skis are usually reserved for softer snow days too as their shape provides additional float in soft snow.

Who should use a full rocker (reverse camber) ski?

Full rocker skis are best for powder skiing as they produce the most floatation in soft snow. Their pivoting style of turns also makes them more maneuverable in these conditions.

Some skis made with a full rocker profile are designed for hard and soft snow, with the benefit being a quicker pivoting, slarve turn. Think of a slarve as a sliding carve, similar to how a rally car drifts around a corner. But this kind of turn is also possible with some camber underfoot.

Many skiers prefer having more effective edge for greater control on harder snow but also want some of the additional flotation benefits provided by a rocker ski. This is where a ski with camber and rocker, as shown in the profile below, comes into play:

Skis with a rocker tip allow for some effective edge and the benefits of floatation in snow. A rocker tail makes it easier to release out of turns as well.

Who should use a rocker and camber ski?

Skis with camber and rocker are the most versatile because of their ability to ski variable snow conditions. They offer some camber underfoot for edge control and some rocker at the tip for floatation in powder.

Their shorter effective edge allows for easier turning, as they often feel shorter than their length. This provides a higher level of maneuverability. Skiers looking for all-mountain skis are happiest on a ski with rocker and camber.

Some all-mountain skis have tip rocker and others have tip and tail rocker. As previously mentioned, tip rocker adds versatility to a ski by shortening the effective edge and allowing for more floatation in variable snow.

Tail rocker magnifies this effect by shortening the effective edge even further and aiding in quick turns. Adding tail rocker to a ski also allows the skier to release the tail of the ski sooner in a turn, favoring a pivot or a slarve. A ski solely with tip rocker feels more like a traditional camber ski whereas those with tail rocker ski more like a full rocker ski.

The Right Profile for You

Many elements come into play when deciding which ski profile is right for you. Ability level, terrain, snow type (deep snow or hard pack), and skier style all are factors to consider before choosing yours.

Most skiers are happy on a ski with some camber underfoot and some rocker in the tip. Skiers looking for a more playful or versatile ski may want to consider some tail rocker but too much can feel harder to control for newer skiers.

There are many factors to consider when picking out a new pair of skis, and the ski profile is just one of them. I hope this article helps clear up some differences between ski profiles and gets you closer to finding your ideal pair.

If you are still unsure what type of ski profile is right for you, I highly suggest talking about your skiing experience, goals, and typical ski conditions with a Ski Expert on Curated.

Gunnar O
Ski Expert
My name is Gunnar and I live and ride in Washington 🏔🌲. I'm primarily a skier ⛷ but you can occasionally find me on a snowboard 🏂. I love deep days 🌨 and finding new ways to ride terrain 🧑‍🎨. It doesn't matter if I am getting first tracks right under the chair 🚠 or hanging off a tree branch t...
View profile

A Guide to the Different Kinds of Skis
Ski expert Thomas Harari overviews the different types of skis and the use cases for each.

Expert Review: Blizzard Rustler 9 Skis
This review is my honest opinion of the skis which I purchased with my own money in October of 2020.

Expert Review: Nordica Santa ANA 98 Women's Skis · 2022
This review is my honest opinion of the skis, which I have purchased with my own money twice - once in May of 2021 and again in August of 2022.

Expert Review: Völkl Blaze 106 Skis
This review is my own honest opinion of the skis, which I bought with my own money in March 2021.

Expert Review: Salomon QST Blank Skis · 2022
This review is my honest opinion of the skis which I purchased with my own money in December of 2021.

Expert Review: Salomon S/lab Shift MNC 13 Ski Bindings · 2022
This review is my own honest opinion of the ski bindings, which I bought with my own money in November 2021.

Expert Review: Atomic Bent Chetler 120 Skis · 2022
This review is my honest opinion of the skis which I purchased with my own money in November 2020.

Expert Review: K2 Wayback Skis · 2022
This review is my own honest opinion of the skis, which I bought with my own money in January 2021.

Expert Review: Nordica Enforcer 100 Skis · 2022
This review is my honest opinion of the skis which I purchased with my own money in February 2022.

How I Became a Curated Expert
Ski expert Peter Reichheld shares how his deep passion for skiing and addiction to gear brought him to Curated.

What Is GORE-TEX and Is It Worth It?
Why exactly is there so much hype around GORE-TEX? Read on to find out what this wonder fabric is, its pros and cons, and whether it might be a good fit for you.

Expert Review: Ride Benchwarmer Snowboard · 2022
This review is my honest opinion of the snowboard, which I purchased with my own money in January of 2022.

Expert Review: Smith Maze MIPS Helmet
This review is my honest opinion of the helmet, which I purchased with my own money in January of 2021.

Your Next Adventure: A Guide to the Best Ski Resorts in the World
Ski expert Peter Reichheld shares a comprehensive list of the best ski resorts around the world so you can start planning your next adventure.

Expert Video Review: Lib Tech T.Rice Orca
Three of our experts took to the slopes to test out the 2021 Lib Tech Orca. Check out this article for their full reviews.

The Best New Year’s Traditions at Mountain Resorts
Looking for something new to do next New Year's Eve? Check out Ski Expert Ian Greenwood's list of ski resorts that offer both fun NYE parties and awesome ski lines! 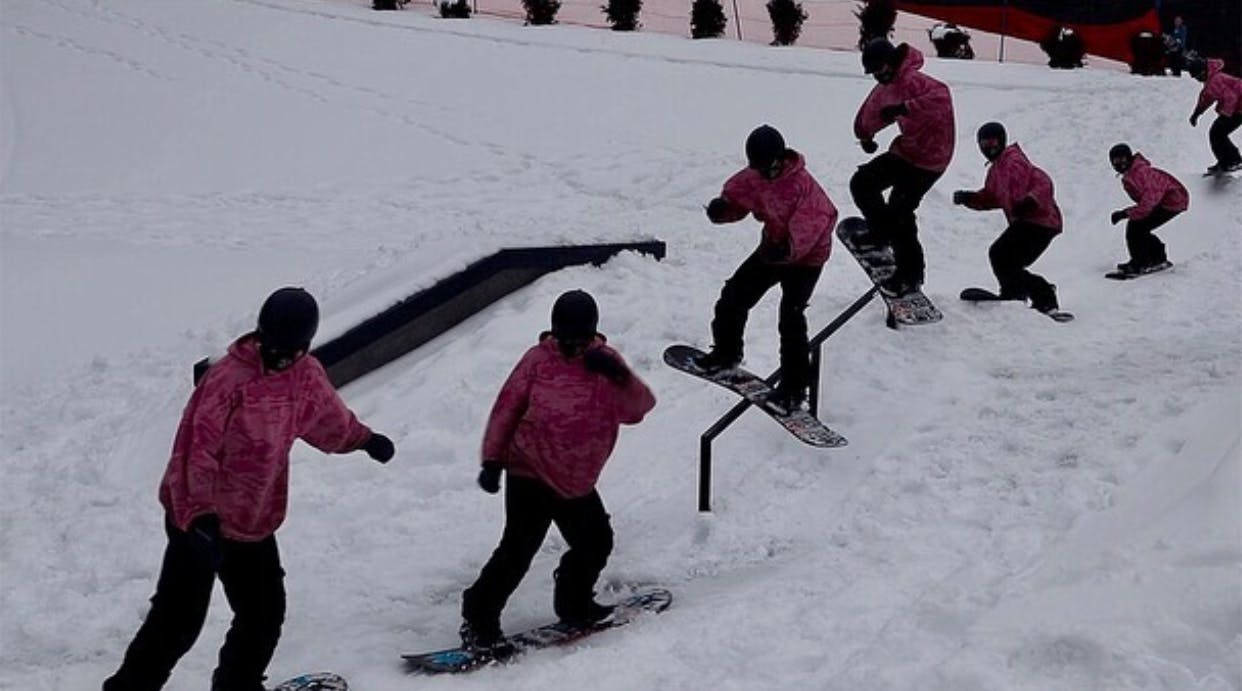 Expert Review: Rome Mechanic Snowboard · 2022
This review is my own honest opinion of the snowboard, which I bought with my own money in February 2018.

X Games 2022 Snowboarding - What to Look Out For
The 2022 Winter X Games are here! Snowboard Expert Shane Holt overviews the riders to look out for, the events you just must see, and when to watch!